Households with children on a downward slope

In our February issue this year, we reported on the 3.4 million additional babies that would have been born between 2008 and 2015 if the pre-Great Recession birth rates had continued. Instead, the United States is in what some call a “baby bust.” The 2017 fertility rate has dropped to the lowest rate since fertility records started being keep more than a century ago. In the first quarter of 2017, it had declined to 61.5 births per 1,000 women.

In recent decades, women have been increasingly opting to postpone childbearing. The birthrate has declined most dramatically for women under 30. The birthrate for women in their 30s and 40s have increased, but not enough to offset the lower rates for younger women. 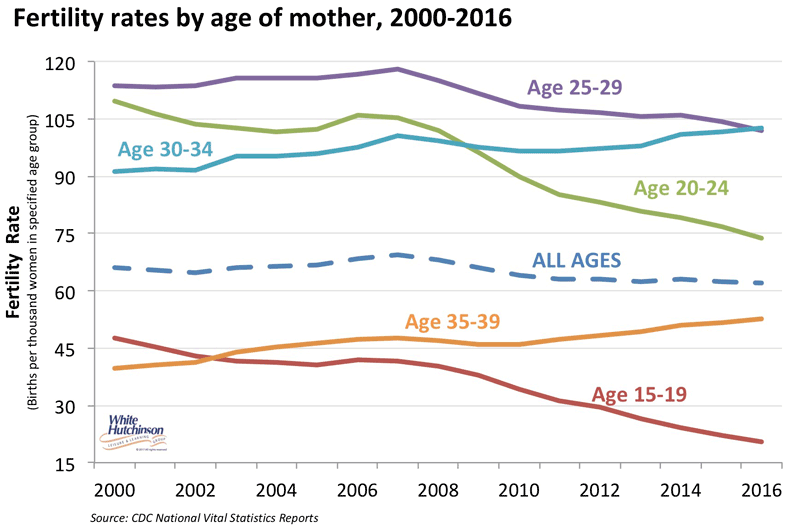 Along with this trend, we decided to look at a related statistical trend, what is happening to the number and percentage of households with children under age 12 and also under age 6. 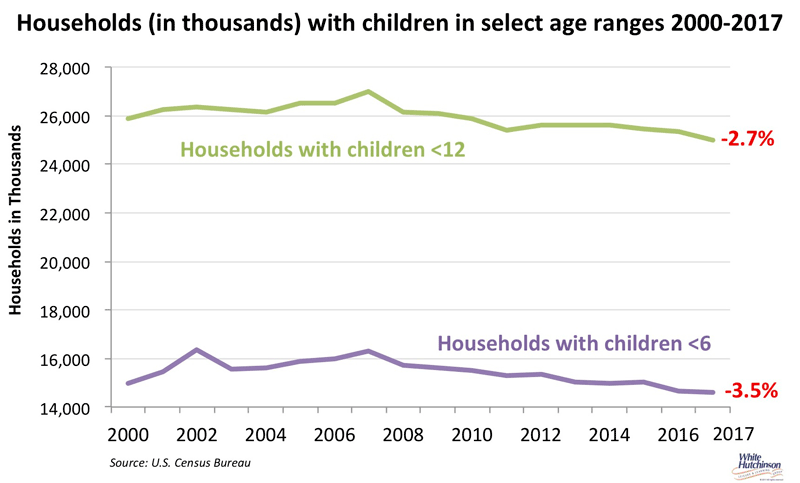 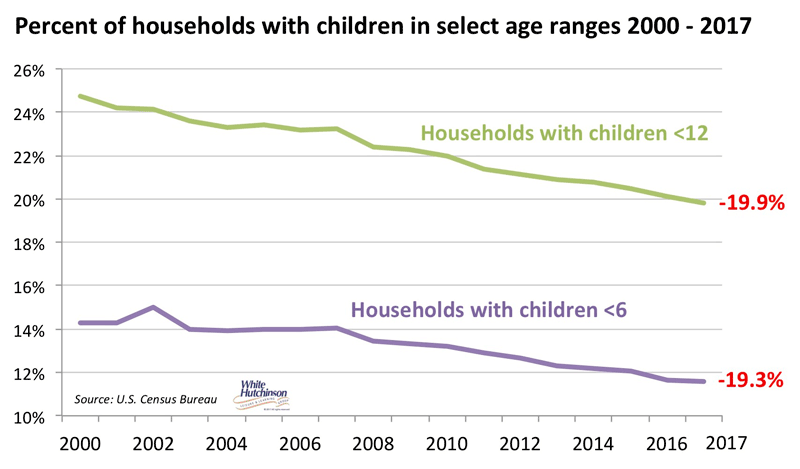 As we discussed in our summer 2017 article, Demographic shifts disrupting traditional FEC model, this has shrunk the target market for both CLVs that target children and the traditional FEC model that targets families with children. At the same time these target markets are shrinking, the adult-oriented CLV market is growing with more and more childless singles and couples, especially 20-somethings and early 30-somethings. 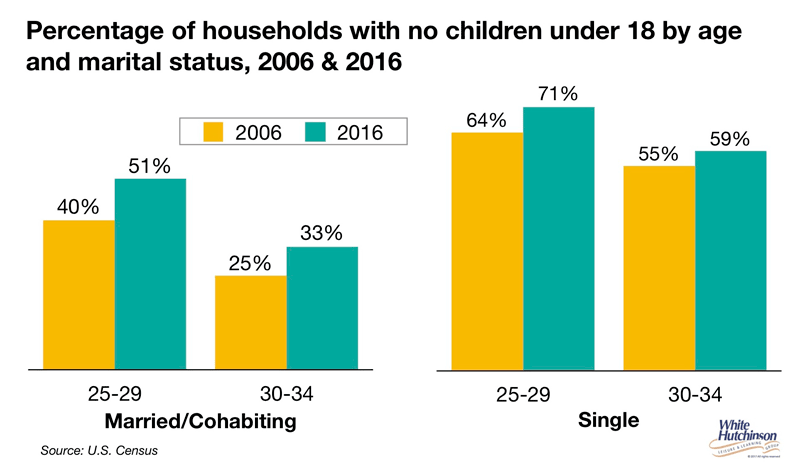 This does not mean that children's entertainment/edutainment centers or traditional FECs are no longer feasible. What it does mean is there are now far less markets that can support them, or even if they can today, the number of target customers will decrease in the future. Feasible markets for children's and family entertainment centers now require areas that have high concentrations of higher socioeconomic households with children, especially younger families where children are still being born. This requires a far more nuanced analysis of market area demographics and socioeconomic lifestyles when performing market feasibility studies.