The Great Recession sent an economic shock through American society that reached far beyond the stock and housing markets. More than five years after economists announced the end of the recession, fertility levels have still not recovered.

A study from the UNH Carsey School of Public Policy found that more than 3.4 million fewer babies were born in the United States between 2008 and 2015 than would have been expected if pre-recession fertility rates had continued. In each of the last five years, this birth deficit has resulted in roughly 500,000 fewer births. 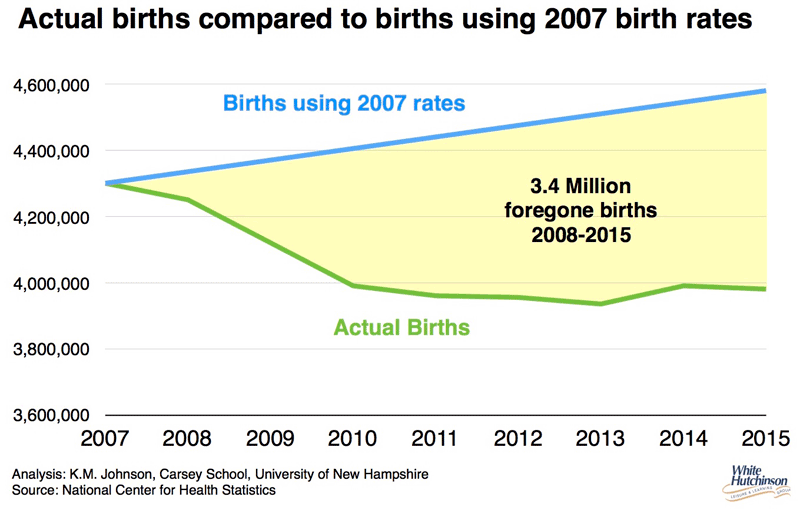 As result, there were 10% fewer children age 0-7 in the U.S. in 2015 than if the pre-recession birth rate had been maintained. 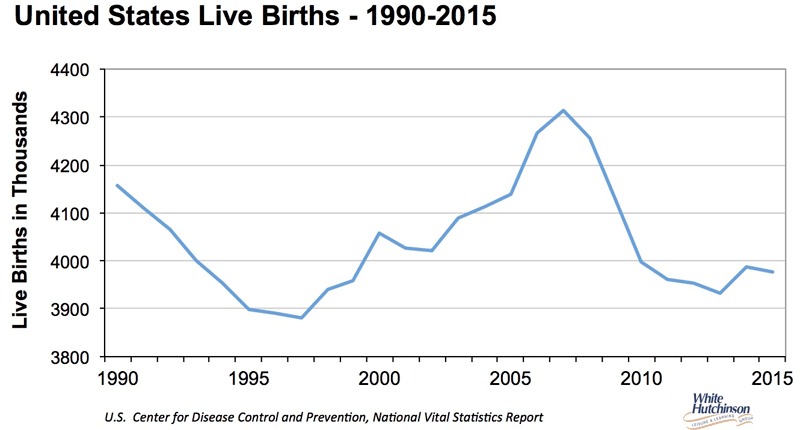 The study said there is no evidence that births will rise soon despite an improving economy.

This obviously has implications for entertainment and edutainment centers that target children. Although the percentage of the population who are younger children is on the decrease, there is some good news. Check out our November 2016 article The shrinking children's market, the good news.