There are a number of parallel demographic shifts underway in the US that are disrupting the traditional family entertainment center (FEC) model.

This means as the babies from 2008-2016 age, there will be less young children than in past years.

Here's the most interesting thing about the 2016 birth statistics: for the first time the birth rate for women aged 30 to 34 was higher than the rate for women aged 25 to 29. The 25-to-29 age group has held the distinction of being the peak childbearing years since 1983, when it overtook the 20-to-24 age group. Women today are delaying having children under they are older than in the past.

Simultaneously with this trend, we're seeing a second trend of a growing number of childless women and couples. 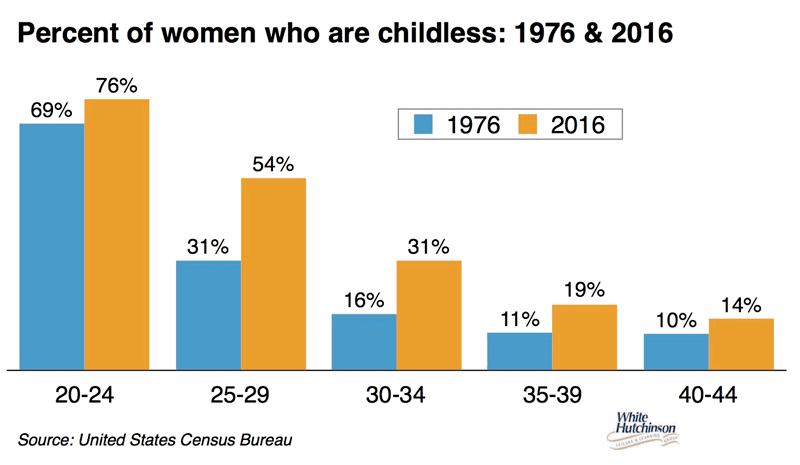 The third demographic shift is that the proportion of young adults who are single, a prime target demographic for a lot of social interactive entertainment, is growing due to more and more people putting off marriage until later years. 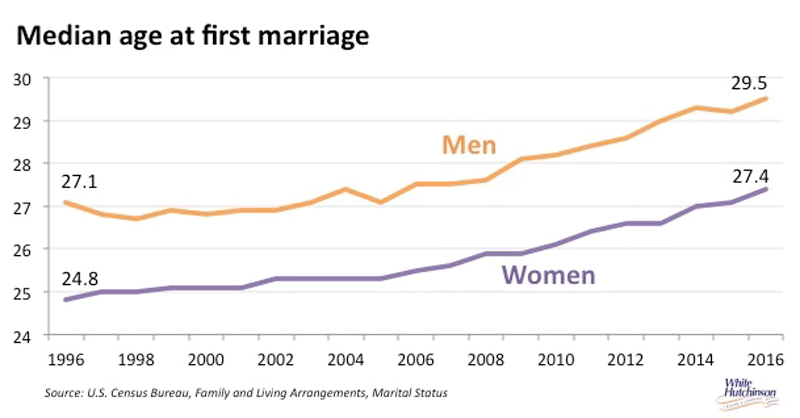 Implications for CLVs
What this means for community leisure venues (CLVs) that target families with children, and particularly the traditional family entertainment center (FEC) model as well as for children's entertainment venues, is that the market has shrunk and will continue to shrink into the future as the children born in 2008 and later grow older. Then on top of these demographic shifts, we have the growing disruption as the digital world competes and captures a growing share of family and children's leisure time. Many markets that once could support a traditional FEC or children's center will no longer be able to.

At the same time the family market is shrinking, the adult-oriented CLV market is growing with more and more childless single women and childless couples, especially younger adults. As a result, the CLV industry is at an inflection point where the majority of new and remodeled CLVs will be adult-oriented rather than family oriented.