Out-of-home entertainment expenditures on the increase

As part of the continual consumer and leisure/entertainment trends research our company undertakes so we can best serve our clients, we track changes to entertainment spending both at community leisure venues (CLVs within 50 miles of home and not on an overnight trip) and on trips using data from both our own nationwide consumer surveys and analysis of data collected from the Census Bureau's Consumer Expenditure Survey (CEX). The CEX changed its data collection methodology for community-based entertainment starting in 2013, so data from that year forward can't be compared with earlier years in terms of the dollar amount of household spending. 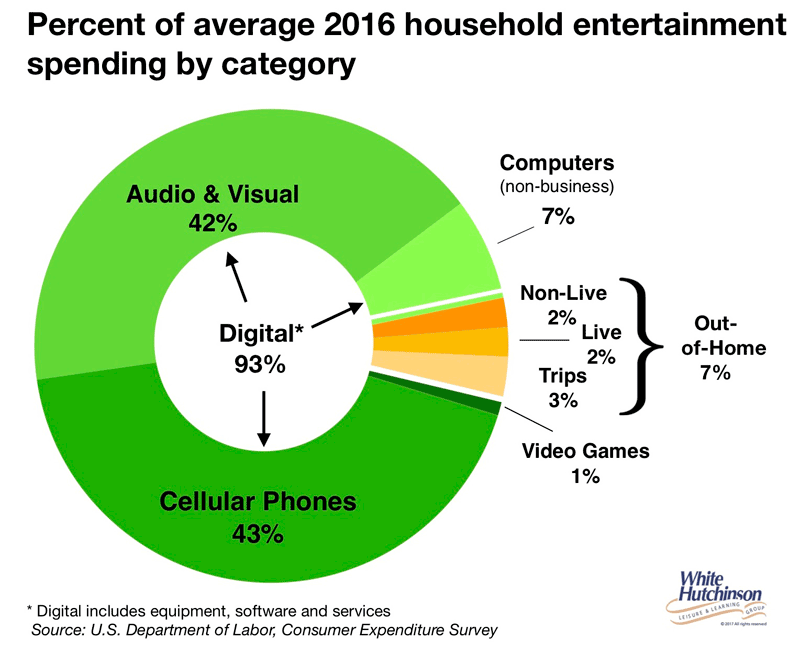 This clearly demonstrates that the many digital entertainment options available today pose serious and growing competition to all forms of out-of-home entertainment for both consumers' leisure time and their discretionary spending. The bar to get the consumer out of their home is so much higher today than in the past and is sure to keep rising as new home-based technologies go mainstream, including virtual reality and mixed (augmented) reality.