The highest and most controllable expense at any type of location-based entertainment center, including FECs, is salaries and their associated benefits. On every financial report they are treated as an expense. As an expense, owners want to minimize them to maximize profits.

The truth is that in most situations, and especially for lower paid staff, raising salaries can actually increase profits. Yes, this is totally and absolutely counter-intuitive. But it makes sense when you think of salaries as an investment in productivity and guest satisfaction rather than as an expense to be minimized. The explanation of why this approach works comes from understanding the Employee Engagement Virtuous Cycle, first developed by The Temkin Group. 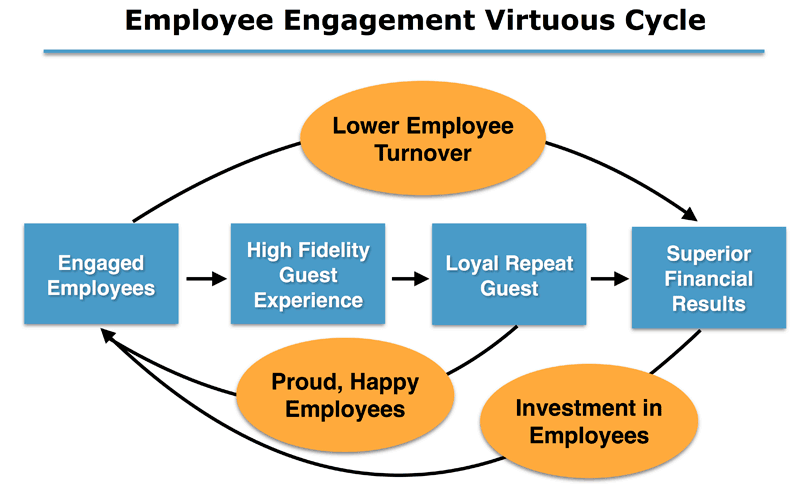 A good example of this is The Container Store and its “1 = 3” theory that says one “great” employee is just as productive as three workers who are only “good.”. They pay their employees more than double average retail salaries. Kip Tindell, the company's CEO and founder, says this rule allows him to pay his retail employees an average salary of nearly $50,000 a year - almost twice the retail industry average.

The Container Store isn't the only major retail chain that professes a commitment to paying its workers a livable wage. At Costco, hourly workers make an average of more than $20 an hour, almost double the national average. For employees who put in 40 hours per week, that works out to about $43,000 a year. In addition, 88% of Costco's employees have company-sponsored healthcare. The company's turnover rate is a measly 6% for employees who have been there more than a year.

If you've ever been to a Costco, you can't help but notice how productive, happy and friendly their employees are. They are definitely at least a “1 =2” and probably more a “1=3” example.

Wages are not an expense; they're an investment in success. You can make your guests have a better experience and be more profitable by paying your employees more.