There's a commonly told parable that if you put a frog in a pot of room temperature water and slowly heat the water, the frog won't perceive the danger and will be boiled alive.* That's a great analogy to what is happening to many community leisure venue (CLV) operators, especially those operating the traditional FEC model. The leisure - the social and entertainment - competition landscape is changing and they don't sense the danger. So many will become what we call road kill. Worse, many startup entrepreneurs are still following yesterday's business model.

Today, increasingly more entertainment and socialization is taking place on the screen rather than at out-of-home locations. 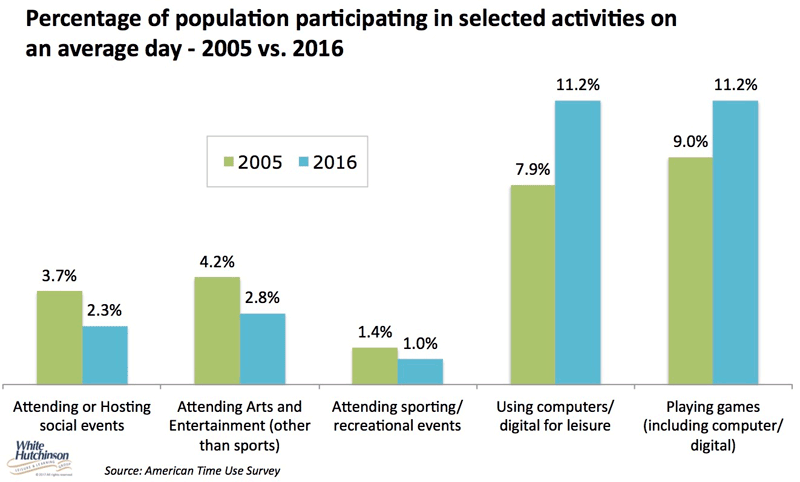 The leisure time that people spend on their screens has increased and is displacing time spent at leisure venues. In just 4 years since 2012, average digital screen time has increased by more than one hour. 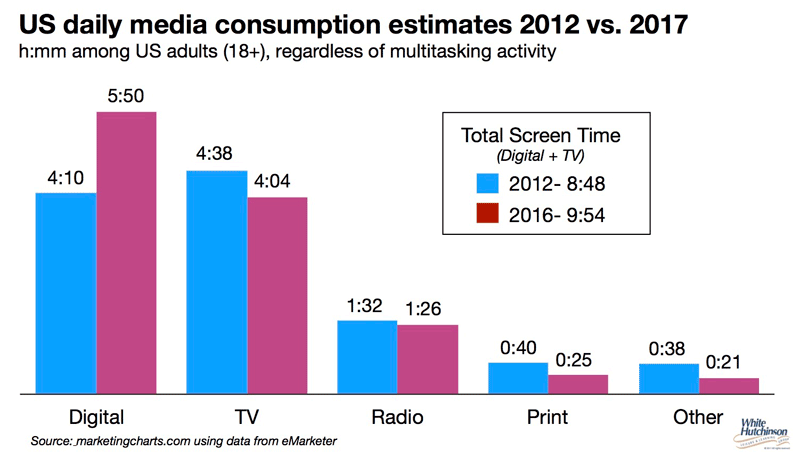 However, this change is not proportional across all socioeconomic groups. With the exception of basically the upper-middle class and higher socioeconomic consumers, those with a Bachelor's or higher college degrees, there has been roughly a one-half decline in participation - time spent at leisure venues. The decline for the college-degreed consumers has been far less. 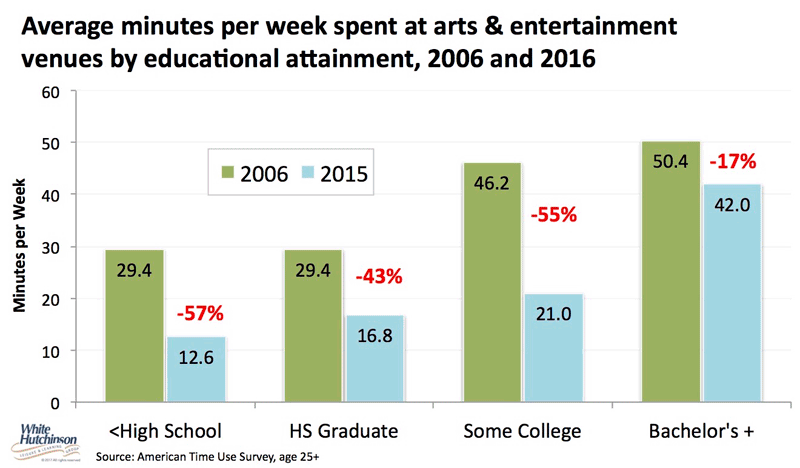 Today, households with a member with a Bachelor's or higher college degree account for 69% of all community-based entertainment spending.

Also check out these articles in this eNewsletter about the changing entertainment landscape:

* Fact check: In this age of alternate facts, we should note that the parable about the frog is not true. The frog will sense the approaching danger of the heating water and jump out of the pot before being cooked to death.