Is your CLV really for socialization

The primary reason why people visit community leisure venues (CLVs) of all types, including FECs, eatertainment venues and facilities with interactive social games, such as bowling, is to socialize together while having a good time. In fact, the social aspect is getting so important we're seeing more and more CLVs incorporate social in their brand names - Punch Bowl Social, Southside Social, Pinewood Social and Radio Social to just name a few.

A necessary component of socialization is being able to hold a relaxed conversation. Unfortunately, this is where too many allegedly social destination CLVs totally fail. They have loud and reverberant environments that make conversation difficult if not impossible.

Let's say a group of friends are bowling. That would put some of them six feet away from each other. At that distance, even if they raised their voice level some (of course not ideal), their voice would only be heard at a level of 60 decibels. The problem is that in most venues, the conversation would be difficult, if not impossible to understand, as the overall room sound level would be much higher. In fact, in many CLV venues (and this includes restaurants as well), the overall sound level is more like 85 to 90 decibels, even noisier (we've measured sound levels in some FECs as high as 105 decibels). 85 decibels is equivalent to heavy city traffic. 90 decibels is equivalent to a gasoline lawn mover. It's next to impossible for two people standing next to a lawn mover to hold a conversation without shouting, and even then it's difficult for them to understand what is being said. That's exactly what it's like in many CLVs and FECs - come to socialize, but don't consider holding a conversation without shouting. 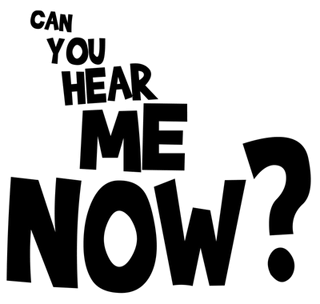 Keep in mind that 85db is the maximum sustained sound level permitted by OSHA for workers over a typical 8-hour work day unless they are wearing hearing protection. People build cars in factories that are less noisy than most CLVs.

In addition to the loud sound level in most CLVs, their large volume of space and lack of sound absorbing materials makes them very reverberant. This makes understanding a conversation even more difficult.

A recent study the Center for Disease Control and Prevention (CDC) found that one-fifth of adults (21% ≥ 18 years) have difficulty following a conversation among background sounds. This one-fifth of the population has an even more difficult time understanding conversation in loud and reverberant CLVs. Many learn to avoid venues that make conversation for them just too challenging.

And the problem isn't limited to the guests in the party. It affects communication with staff. With a room noise level of 80 dB, a wait staff would be unable to clearly hear a guest speaking in a very loud voice just three feet away. This can easily result in incorrect food or drink orders, and often does.

In addition to its negative impact on socialization, loud and reverberant environments have a direct negative psychological and emotional impact on the guests and staff inside a CLV. Loud, noisy places induce physiological stress in the body, increasing adrenaline flow, blood pressure, and heart rate. That is just the opposite of the affect CLVs should be offering guests - a stress-free and relaxing time. Instead guests become stressed, irritable, and grumpy. They don't have fun, will probably leave early and they probably won't return. And staff, who have to stay, are just as miserable. Service, productivity, and even safety deteriorate.

CLVs don't have to be loud and reverberant if attention is paid to acoustics throughout the design process from the very beginning, no different than the attention paid to the design of heating and air conditioning or lighting. Once a facility is too loud with bad acoustics, it can become very expensive, sometimes impossible to correct. If acoustics is a consideration in the design process from the very beginning, a great acoustic environment, one where guests won't need to SHOUT, one that guests will want to return to, can be created at minimal additional cost.

Our company is proud of the careful attention we pay to acoustics in our design of CLVs for clients and how it contributes to our clients' increased attendance and profits. We understand how to design an environment that offers our client's guests a great social experience that they will want to repeat. We have even received recognition for how acoustically enjoyable the centers we produce are.

Alan Hess, the architectural critic for the San Jose Mercury News, wrote the following about Bamboola, a 25,000 SF children's edutainment center we designed and produced a number of years ago in California:

"... Usually the entrepreneurs who create these places and services add value to make it worthwhile. At Bamboola, they add supervision by khaki-clad staffers, a variety of choices for different ages, an educational overlay and a comfortable place for adults... This is where Bamboola's well-crafted design makes it stand out from places with similar activities. . . Bamboola's designers, White Hutchinson Leisure & Learning Group of Kansas City, create a place where adults can take their kids without being driven crazy by the noise, the dreary "are we having fun yet?" atmosphere and the lack of places to sit down.

"This is smart. This is very smart. They did this through careful attention to basic design.

"On a small scale, Bamboola did what Walt Disney did 42 years ago. Walt Disney took the hopelessly tawdry, sleazy amusement parks of the 1950s and reinvented them as clean, comfortable, wholesome Disneyland. [White Hutchinson] took the tawdry, noisy fun centers of the 1990s, added a dash of the children's discovery museum, and created Bamboola. . . . It has taken the pleasure and comfort of its customers into account with intelligence and care. It uses design to make a better product and a better environment."

This is the standard of care to design of the guest experience we have practiced with every project our company designs and produces.

Yes, acoustics is just as important a consideration to the design of CLV as lighting, the HVAC system or all other design disciplines. In fact, faced with the today's competition from social media, it is even more important to success to create a real world atmosphere that supports real world face-to-face socialization (yes, socializing on social media is competition to face-to-face socialization). Otherwise, there is no reason to leave home and spend money when technology provides us with so many other socialization avenues, the majority of which are basically free.