Is my town large enough for a CLV or FEC?

We get many calls from prospective community leisure venue (CLV) developers in smaller towns, including people wanting to develop family entertainment centers (FEC). They often start by saying they believe a CLV is feasible as there is no entertainment options for people to do in their town.

Usually while we're on the phone with them we do a quick and dirty evaluation of whether their project might be feasible based on the size of their market. The first question we usually ask is “What is the largest retailer in town.” If it's a Walmart, that's a significant indication the market is too small, as it only takes a trade area population of around 30,000 to support a Walmart. That's too small a market population to support a CLV or FEC. 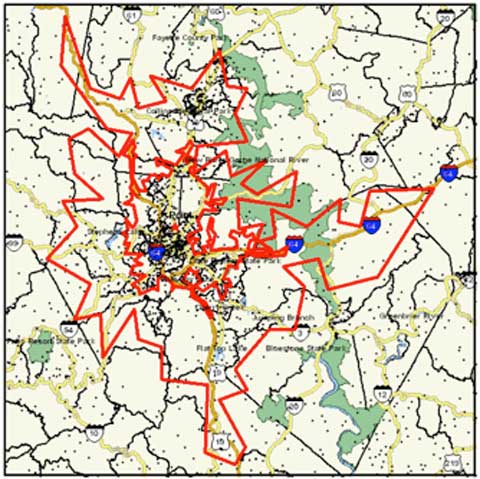 Just to do a double check, we then ask them if they have a first-run movie theater in town (only half the counties in the US have a cinema - 1,586 out of 3,142 counties). If they don't, that's a sure sign the town can't support a CLV of any type. If there is a first-run movie theater, we check on how many screens it has. As a very crude rule of thump, a first-run cinema needs a population of around 10,000 people per screen. So let's say there is a six-screen theater. That means the town is attracting an entertainment market population of around 60,000. However, that is still a very small population. If there is no bowling center in the market, there might be an opportunity to develop a restaurant-boutique-bowling eatertainment concept, but that will depend on restaurant feasibility. Why restaurant feasibility? Because food and drink now makes up one-half or more of revenues at the most successful CLVs, it has become an anchor, often more important than the entertainment.

For a more full-fledged CLV, for a multiple entertainment concept, a much larger market population is needed, typically way over 100,000. If there is a first-run cinema with at least 12 screens, or some major fashion department stores and little or no entertainment competition, the market is probably worth the investment in a more in-depth evaluation. In that situation, we suggest the developer starts with a minimal investment before jumping in further with our preliminary market evaluation.

Just as more than half the counties in the U.S. can't support a movie theater, even less can support a CLV or FEC as movies have a much broader demographic appeal and participation rate then CLVs and FECs. Lack of interactive entertainment options in a market doesn't equate to a project being feasible.