Depending on your age, you might remember when the only way to play a video game was sitting at home playing on a video game console in front of the TV or visiting a commercial game room. That has rapidly changed in the past few years with the growth of mobile devices. According to research by Survey Monkey, in September 2014, 56% of adults who played video games played almost one-half of their games on smartphones and tablets. And the percent played on mobile screens is rapidly growing - a 2% point increase from the previous month. 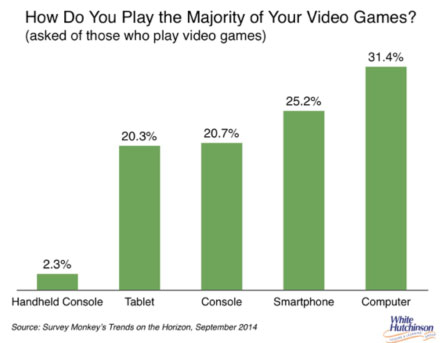 Movie theaters are one of the earliest entertainment venues that started going down the Digital Darwinism path of the migration of entertainment from bricks-and-mortar locations to the at-home and mobile digital screen. Since the year 2000, North American cinema per capita attendance has declined by over one-fifth (21%). Now, the streaming digital video providers like Netflix are starting to produce exclusive movies for personal digital viewing, further decreasing the exclusive first run attractiveness of movie theaters.

A number of cinema chains saw the handwriting on the wall and are increasing the quality, the Fidelity, of the movie-going experience and going upscale by installing plush recliners, quality in-theater food and drink, improved technology projection and sound, and as a result, seeing higher attendance and revenues, even with 2/3 less seats in each auditorium. The new upscale bowling-based and hybrid entertainment centers (see article this issue) LINK to Hybrid article) are just another example, achieving multiples of the per capita and per square foot revenues of the older bowling alleys with their declining attendance and revenues. High quality, High Fidelity bricks-and-mortar entertainment can counter the lure of digital entertainment, particularly for the higher-socioeconomic customers who have the disposable incomes to afford it. 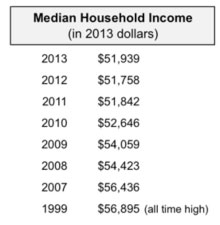 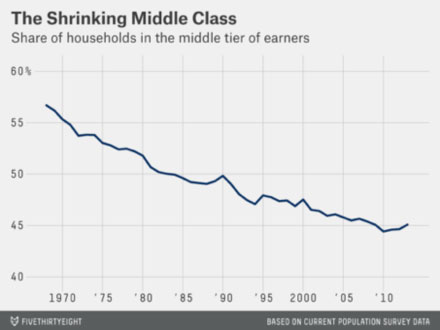 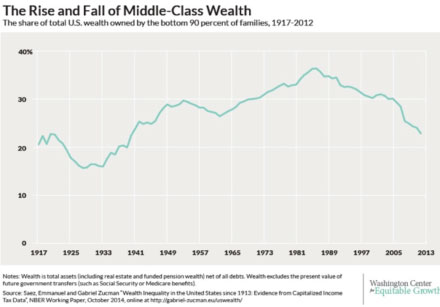 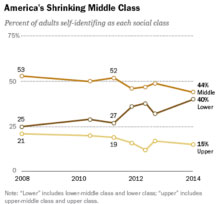 Increasing segments of the population no longer have the discretionary income to visit, or can afford less frequently to visit, an LBE. Instead they have turned to the convenience and affordability of digital technology to get their entertainment fixes now accessible 24/7 no matter where you are, even if the quality is not as good.

Our company's analysis of both Americans' participation and expenditures at LBEs clearly shows a long-term and continuing decline of participation (market share) with an increasing proportion of the remaining households who are still going to community LBEs on a regular basis being the affluent households. In 2013, affluent households, those household with the top 20% of all incomes, accounted for almost one-half (46%) of all LBE expenditures and the top 40% of income households accounted for 70% of all such spending. And when those households visited, their spending was actually up. But their increased spending was not enough to offset the loss of the middle class and lower socioeconomic who no longer, or less frequently, attended and decreased their overall spending. 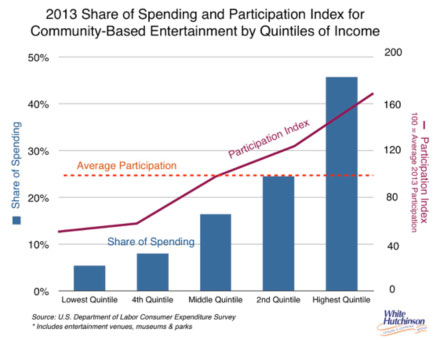 There is a segment of the affluent population that is growing, referred to as America's new prosperous class. They are the workers with jobs paying an annual income of $100,000 to $400,000 (in 2012 dollars), earning an average of $156,000 per year. The number of prosperous-class jobs has increased by one-fifth since 2000, more than 10 times the growth rate of jobs paying either more or less. These well-paid workers collected over three-quarters (77%) of all total real wage increases between 2000 and 2012, even though they are only 7% of all workers. The jobs these workers have tend to require extensive education, analytical skills and often a government license.

The new prosperous class is a sign that the American economy is not only changing from manufacturing to service jobs, but also to jobs that require education, expert knowledge and analytical skills and judgment. The prosperous class faces a bright future while the population without the education and skills for mentally demanding jobs faces a much less prosperous future. This is all part of the growing income inequality and wealth disparity in America, and its impact on LBE attendance and spending.

Our research also finds that even the higher socioeconomic households are shifting some of their leisure time and entertainment dollars to the digital world. Households of all incomes, including the affluent, have been decreasing the share of all their entertainment dollars that are being spent at LBEs and increasing the share spent on at-home and mobile technology and services.

This all presents a problem for many family entertainment centers and LBEs that opened years ago, even for some recently opened, as they were designed for the middle class. Now they are losing their customer base. And they are not upscale enough in all aspects - attractions, décor, food and beverage and operations - to attract the higher socioeconomic market that is more discriminating in their tastes, the market with today's bulk of expendable entertainment dollars and probably increasingly so in the future.

To succeed and prosper in the location-based entertainment industry today, LBEs need to offer high quality, High Fidelity, upscale out-of-home experiences. Otherwise, the people who can afford to visit have little reason to leave the comfort and convenience of their digital screens.