Is location-based VR a Trojan Horse? 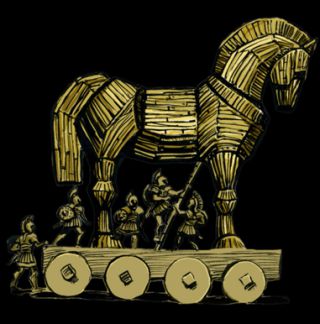 When it comes to digital entertainment technology, the big bucks come from developing equipment and especially content that you can sell directly to millions and millions of customers, especially since once it is developed, the distribution cost for digital content with direct-to-consumer streaming is close to zero. That can be far, far more profitable than developing digital content to be sold to maybe only 100 location-based entertainment (LBE) venues.

The public's first exposure to virtual reality has been at LBEs. The number of companies that have developed LBE-based VR experiences has mushroomed and new products are being developed as you read this. If you went to the last IAAPAshow in Orlando in November, there were 85 companies offering VR products.

LBE VR is probably going to prove to be the Trojan Horse* that accelerates the adoption of at-home VR and basically extinguishes the current appeal for it at LBEs with a few rare exceptions. What LBE VR is doing is exposing and introducing consumers to the appeal of VR experiences and jump starting their desire to have at-home versions.

It looks like sales of direct-to-consumer VR headsets are about to take off with the release of Facebook'sOculus Quest , making VR highly accessible to the masses. Oculus Quest is an affordable, all-in-one VR system that's easy to set up and use: no cameras, no cables, no hassle. It can be set up in about 15 minutes and you can have it playing instantly. It is designed to deliver high-caliber games on par with the company's original Rift headset without the need to be tethered.

The simplicity and low cost of Oculus Quest is attracting many solution developers to build VR games to take advantage of the platform. Oculus has been bundling a new Star Wars title, "Vader Immortal" with the Quest. In March, a new VR-only sequel to Value'sHalf Life game series is due for release. Half Life is the much-loved franchise among PC gamers that hasn't had a major release in more than a decade. 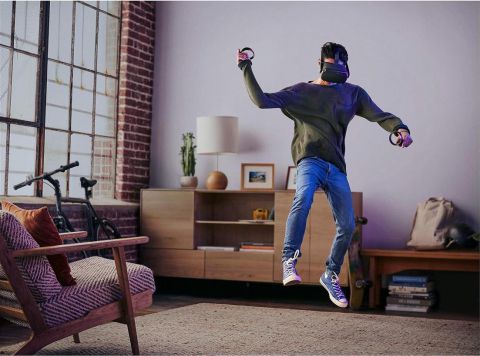 With the introduction of 5G and other streaming technologies, it probably won't be long before it can be used at home for multi-play, high quality, free-roam VR with players located anywhere in the world, no different than the MMORPG video games such as Fortnite, but this time on steroids in a true immersive 3D experience. Improvements in haptic tech will also raise the fidelity of the VR experience you can have at home. There will be little reason for anymore to visit a VR multi-player arena at an LBE when you can have the same immersive 3D experience at home that is much more convenient and much lower cost. Why leave home when you can just stay there and be 'inside' an experience that gives the illusion of reality of another world or location.

It looks like VR will evolve from location-based to at-home the same that occurred when video games first came out and video gamerooms spread across the country, only to close just a few years later when affordable at-home video games emerged.

*Credit goes to Jim Kessler of Lasertron for first raising the Trojan Horse prediction in his must read article: Looking back from 20 years into the future - Why Did the Out-of-Home (OOH) Entertainment Industry Apocalypse Happen?