Where have all the babies gone?

Despite the healthy economy, the baby bust continues. 2017 saw the lowest number of babies born since 1987. Except for a minor increase in 2014, the number of births has fallen every year since back in 2007 when births hit a record high of 4.3 million. The number of births in 2017 was more than 1/12th less than in 2007. 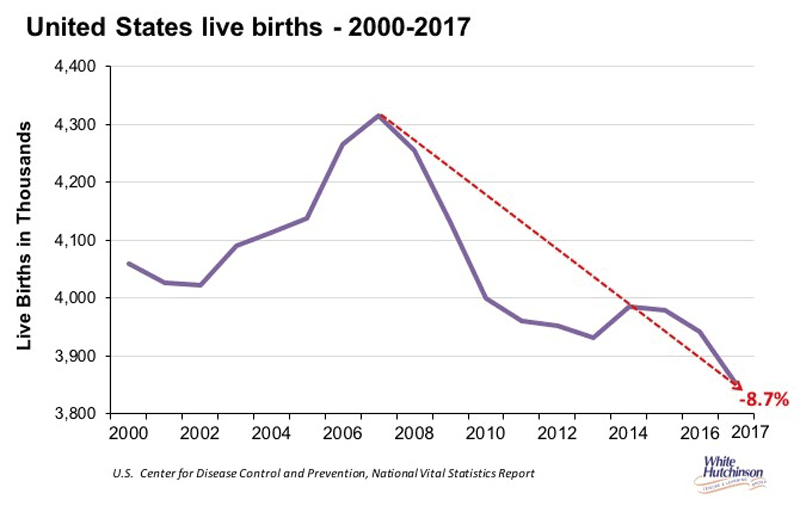 If the growth rate of births up to 2007 had continued, there would have been4.9 million more babies born since 2007. Yes, you read that right. The baby bust has resulted in almost 5.0 million fewer children. 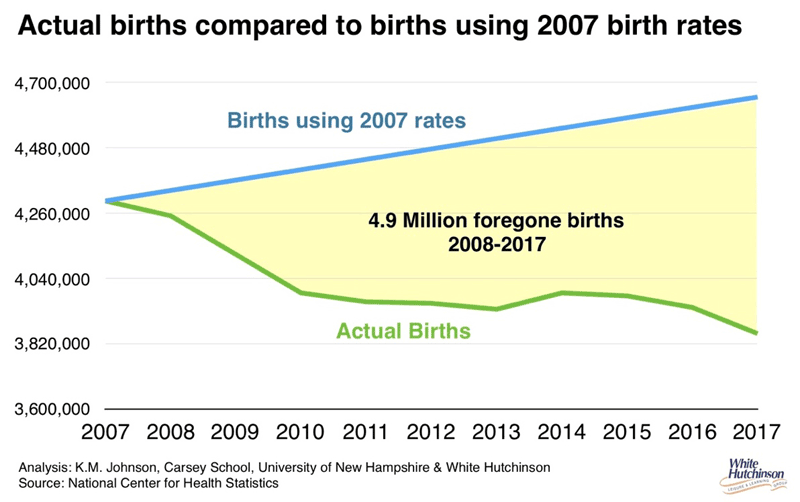 If we examine births on the basis of what percent of the total population each year's new babies represented, the results are even worse. On that basis, there has been an almost one-fifth (-18%) decline. 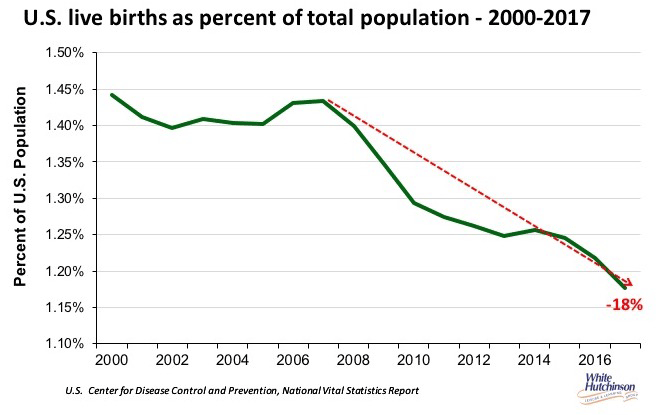 When we look at the education of mothers who gave birth, there is some good news. The number of births by college educated mothers is actually on the increase. Most of the decline in births is to mothers with a high school degree or less education. 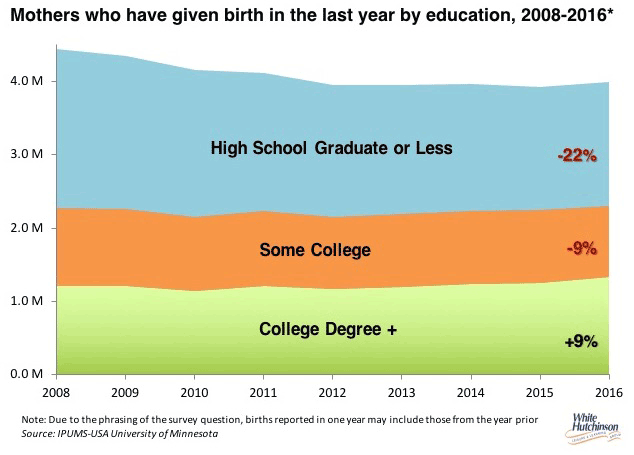 The continuing baby bust despite the economic recovery seems counterintuitive. Historically, the fertility rate has fallen during recessions and increased during expansions. The current low birth rate is at odds with the ongoing economic recovery after the Great Recession. One possible explanation is the economic fragility of young adults due to student loans, rising rents, costly day care, rising medical insurance costs and other economic challenges. Since so much time has passed since the recession, the declining birth rate could be a permanent shift and the new normal.

The continuing baby bust is resulting in a decline in the number of younger children. If we just look at the 0 to 5 age group, there has been a 1/16th decline since 2009. This decline will continue to creep into older age groups as the years go on. The overall number of children is on the decline. 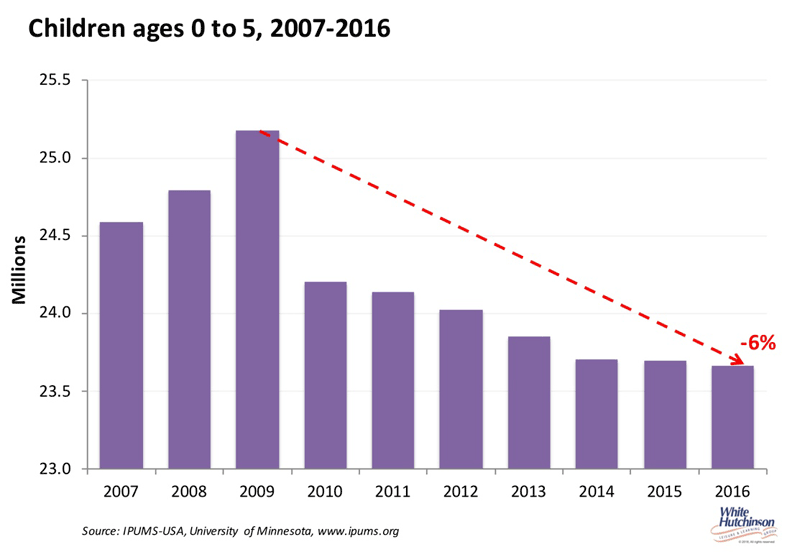 This is an important consideration for CLV projects targeting younger children as well as the family market - parents with children. Market feasibility studies need to carefully evaluate the impact the baby bust will have in that trade area. It is important that feasibility studies examine the future impact the continuing baby bust will have in the trade area.