Harnessing the power of FoMO 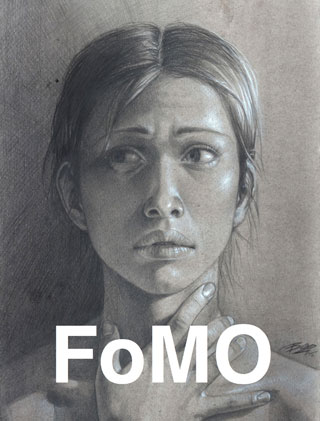 The public's growing addiction to social media is driving a syndrome commonly referred to as Fear of Missing Out or its acronym FoMO. It's basically a form of social anxiety - a fear that you are missing out on something - a party, outing or social event. The Oxford Dictionary defines FoMO as, “Anxiety that an exciting or interesting event many currently be happening elsewhere, often aroused by posts seen on a social media website.”

As technology allows us to increasingly become more connected and in touch with the expanding and ever present social media options, this anxiety continues to spread and grow among the population. It's gotten so bad that a survey by MyLife.com found that more than half (56%) of social media users suffer from FoMO. Dr. Dan Herman's research has found that an even greater proportion, 70% of all adults in developed countries experience FoMO to various degrees. EventBrite reports that among Millennials, FoMO is not a cultural phenomenon, it's an epidemic. In terms of participation in out-of-home events, FoMO exhibits itself as fear of social exclusion, worried that everyone else is doing something cool without you. This propels people to show up.

There's a variation of FoMO known as MoMO, Mystery of Missing Out. This is the hunch or feeling when social media goes quiet and users can't figure out what their friends are doing, afraid they're missing out on something, but you just don't know what it is.

If you'd like to see how you rate on FoMO, you can fill out short questionnaire at www.ratemyfomo.com.

With Millennials, or more appropriately Millennial-minded or what is referred to as New School consumers, it comes back to their social nature. When they attend an event, the experience helps to define their social identities, both individually and collectively. So they are inclined to share the experience digitally, a sort of social signaling for building their social connections. One recent report has also identified part of the population as participating and broadcasting on social media to build their vanity capital to enhance their prestige and as a form of narcissism. And all that posting on social media, for whatever reason, begins to cause FoMO anxiety for those left out of the experience. 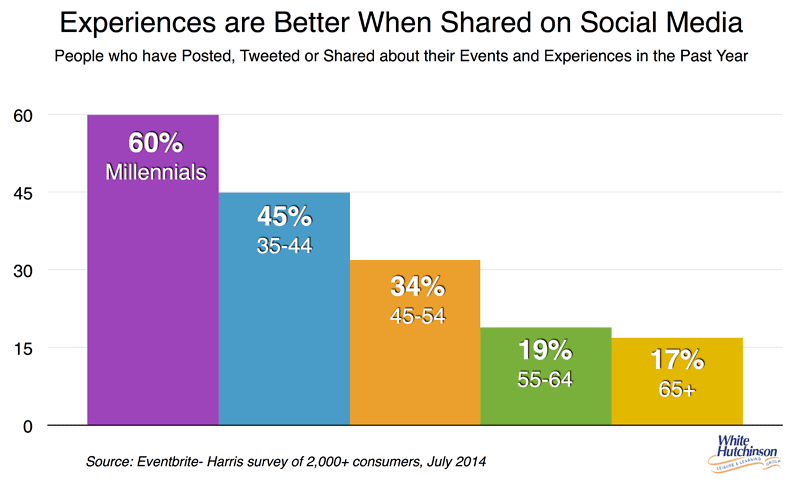 Millennial and New School consumers are prioritizing experiences due to their inherent social nature. One survey found that 79% of Millennials believe that attending live events helps to deepen their relationship with others. This is changing the definition of happiness from purchasing products for their physical benefits to choosing to attend experiences such as festivals, social gatherings and even sporting events for their emotional benefits. Another study found that 72% of Millennials would like to increase their spending on experiences rather than on physical stuff in the upcoming year. This shift of spending is not limited to Millennials. We are seeing the growing importance of experiences versus buying stuff across all the generations.

Over the past years, socially-driven events and festivals that have centered on live music and entertainment, beer and wine, food and pop culture have been among the fastest growing in the U.S. 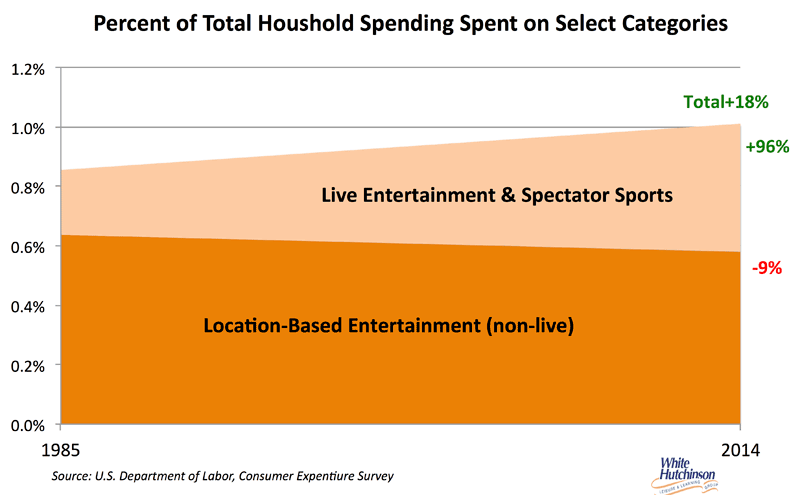 In April our company conducted a nationwide survey of over 2000 adults of who participates in what types of live entertainment. Here's the results. As you can see, live entertainment participation is certainly not limited to Millennials. In fact, for some events such as music, live theater, festivals and sports events, older adults have higher rates of participation. 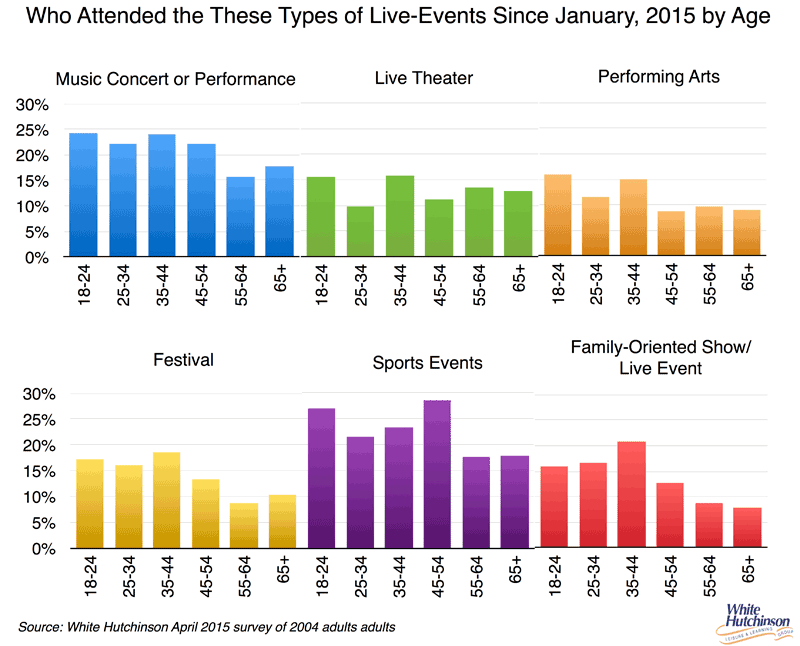 Food and wine festivals are powerful draws. Here's a breakdown of preferences by generation based on research by EventBrite. 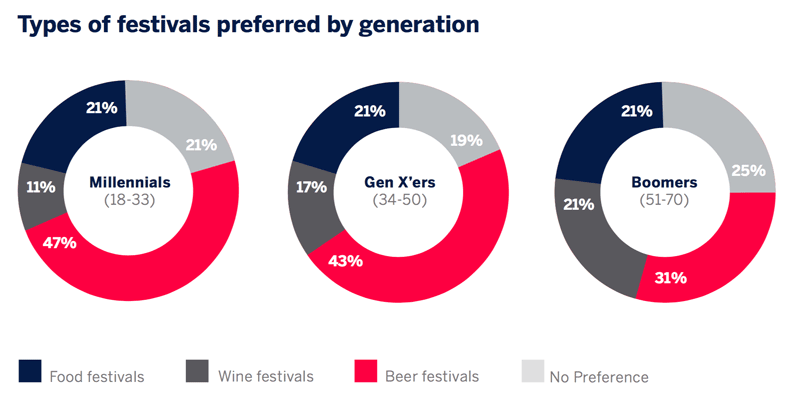 FoMO creates great opportunities for location-based entertainment and hospitality venues and FECs. However, fixed entertainment attractions alone don't lend themselves much to generating FoMO as they are always there. FoMO predominately attaches to limited time events and especially live events that have a more powerful draw than static never changing attractions. That is why so many smart venues are adding live entertainment, especially music, and holding one-time or limited time food and drink events such as wine tastings and chef's dinners. We're seeing some of the newer hybrid entertainment concepts such as Latitude 360, Rec Bowl and Pinheadz Bowling incorporate live entertainment as a permanent part of their mix. Live and limited-time events have a higher Fidelity than fixed attractions. This adds to their appeal as well as allows them to command a premium price.

FoMO is here to stay. Live and limited-time events are the secret to harnessing it to drive attendance and revenue.