People are getting married for the first time at a later age. In 2014, the median age of marriage for women was 27 and for men 29.3. 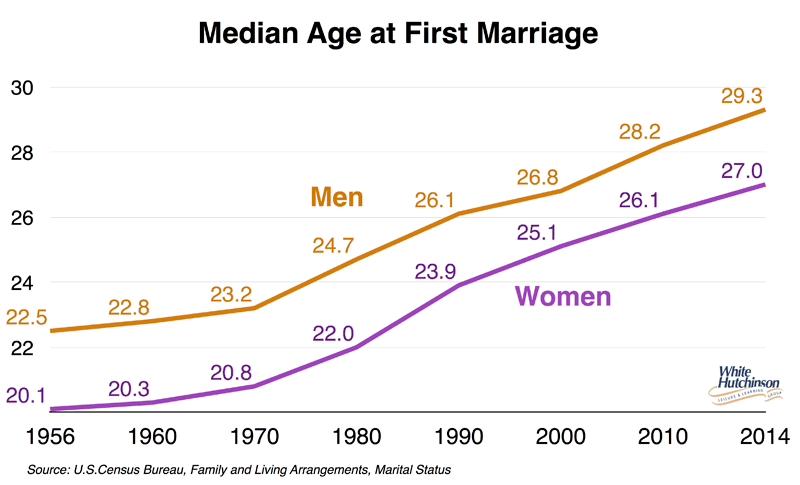 Women are also having their first child at a later age.

There is a two-decade trend of less childlessness and larger families among highly educated mothers: 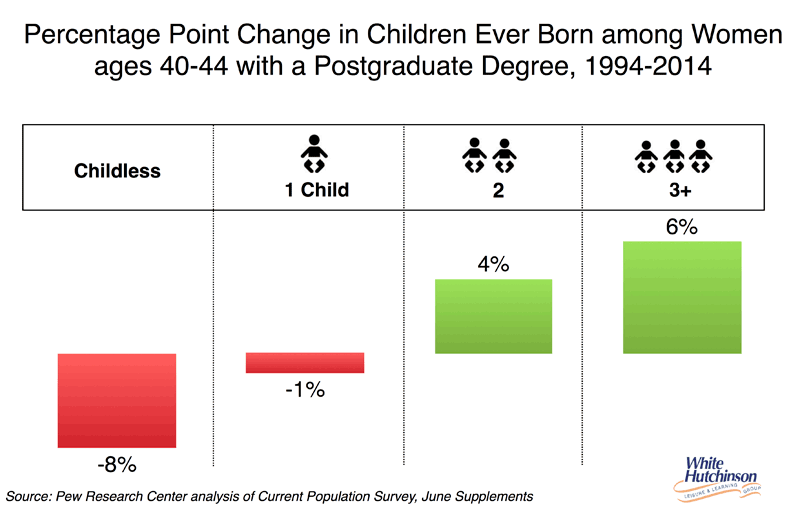 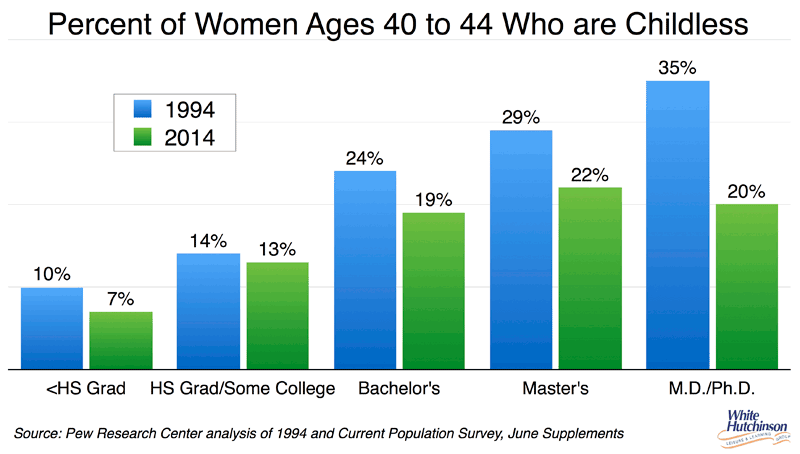 For mothers of all education levels, there is a decline of large families and an increase in two-child families. 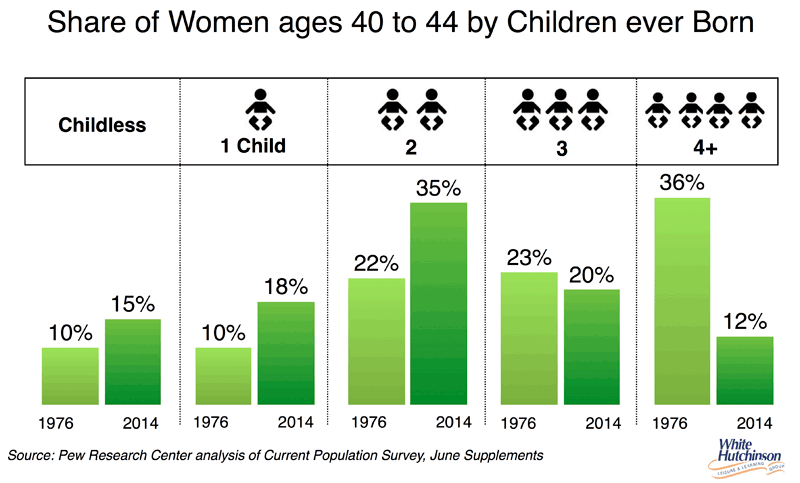 These trends are good news for location-based entertainment and FEC venues that want to attract families with children. Later marriage and childbirth means that many families will have attained a higher income level than young families, giving them more discretionary incomes to spend on entertainment and dining. The trend to smaller families also has a positive impact on discretionary income, as there are less family members to support with a particular income.

Later marriage and births is also positive for entertainment venues and restaurants that target adults. For the young adult market, there is a growing number of childless singles and couples. No children means more freedom to go out and have a good time and more money available to spend (children are expensive to raise!).