Industry terminology is limiting its evolution; Get unstuck!

Language frames thinking. Research shows that different languages around the world reflect the cultures they evolved in and their use frames people’s thought processes and the way they see the world. You can never truly understand a culture without using its native language. For example, the use of feminine and masculine nouns in French and other languages affects the perception of the real world objects they are attributed to.

Lera Boroditsky, a psychologist at Stanford University, has been studying language and its effect on shaping thought. The effect is powerful enough, she says, that "the private mental lives of speakers of different languages may differ dramatically," not only when they are thinking in order to speak, "but in all manner of cognitive tasks," including basic sensory perception. "Even a small fluke of grammar"—the gender of nouns—"can have an effect on how people think about things in the world," she says.

One of many examples Boroditsky gives is that in English we say "she broke the bowl" even if it smashed accidentally (she dropped something on it, say). Spanish and Japanese describe the same event more like "the bowl broke itself." "When we show people video of the same event," says Boroditsky, "English speakers remember who was to blame even in an accident, but Spanish and Japanese speakers remember it less well than they do intentional actions. It raises questions about whether language affects even something as basic as how we construct our ideas of causality."

The location-based entertainment (LBE) industry has its own language – the different words and adjectives we use to describe venues and industry segments. Unfortunately, that language is currently limiting an industry that needs to evolve to stay competitive in the both the present and in the future with the disruptive fast-evolving digital and virtual entertainment and social media that is capturing an increasing share of peoples' entertainment/leisure time and money as well as changing lifestyles and values in America and other parts of the First World.

Here are just a few examples of current LBE terminology:

As a result, the designs and operations are typically shaped by that terminology mindset, such as a bowling center offering bowling, an FEC offering games and rides, etc. However, that is neither how guests see the venues and experiences offered nor why they typically make the decision to attend. For consumers, it’s all about the occasion and typically not about the specific type of entertainment offered. Some of the most extensive research on guest motivations has been done in the restaurant and cultural attraction industries. Let’s first take a look at the restaurant industry.

Entertain ‘n Unwind is described as, “Adults socializing with alcohol beverages and better quality food in a fun, upscale atmosphere with attentive wait-service at higher prices.” Home Comfort, on the other hand is, “Family relaxing with food that evoke ‘home’ in spacious settings providing informal but caring service at moderate prices.”

When it comes to the key drivers of how consumers select restaurants, it is different than how the food service industry thinks of it in the context of price points, check size and menu, daypart and type of restaurant. Consumers pick restaurants based on the type of occasion and their needs, broadly segmented by party size and composition and the amount of time they have available to spend.

Understanding how consumers view restaurants and their dining occasion needs is important to success. For example, within the social grouping defined by Coca-Cola is a subcategory dinner, date & drink. To satisfy that occasion, there has to be the right combination of menu, service delivery and atmosphere, which would be quite different than what it takes to satisfy planned family dinner.

Research on entertainment and leisure has generally found that there are six different basic emotional or occasion-oriented reasons to engage in a leisure activity or visit an out-of-home leisure venue:

Here’s where it gets very interesting and also counterintuitive. When we look at research with cultural institutions, the primary reason the majority of people visit a live performance such as dance, music or a play isn’t for the entertainment aspect of the experience, its for the socialization. Socialization is also the #1 reason to visit an art and craft fair. People come to be able to socialize with their companions. Even at an art museum, socialization is the second most common motivation after gain knowledge.

Most times it is the social nature of the occasion that is primarily driving the visit, not the entertainment or food. The social aspect of the occasion is where so many entertainment, as well as restaurant venues, fail to meet true potential by not understanding and designing the guest experience to offer the optimal social outcomes. Typically the focus is on the entertainment and/or the food and not all the other aspects of the experience that need to be properly executed to facilitate the socialization.

Socialization brings up the need for food and beverage at non-restaurant venues. It all goes back to early mankind sitting around the primal campfire as a group and eating that day’s kill. The appeal of the primal campfire social experience seems to be wired into our genes. Today in many dining instances we substitute a candle for the campfire. People seem to need food or beverage to enjoy a social occasion. That probably explains why the eatertainment venues have far outlasted many pure entertainment ones. You might not remember the Mountasia & Malibu Grand Prix FEC chain. That is because it was all about entertainment and therefore didn’t last. Now more than 30 years old, eatertainment concepts like Chuck E. Cheese’s and Dave & Buster’s are still going strong since about half their sales are from food and beverage. 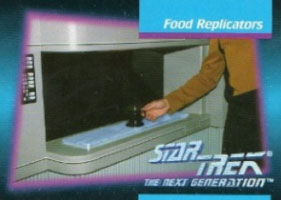 Unfortunately, the vast majority of players in the various out-of-home entertainment industries, whether it be movie theaters, bowling, laser tag or family entertainment centers just to name a few, continue to be prisoners of their industry segment’s language for identifying their venues and the experiences that take place in them. With social-tainment there is no such thing as a bowling center, or a movie theater, or a laser tag center or an FEC. As long as those industry segments continue to classify and think of themselves in those terms, they will continue to stay stuck in their paradigms and not make the transition to what it takes to succeed both today and even more so in the future.

It is not at all surprising that most of the new venue concepts that are grasping this social-tainment concept do not come out of the entertainment industry but are rather new entrants to location-based experiences.

An interesting example of a new social-tainment venue is Punch Bowl Social, a 23,500-square-footgastro-diner, bowling alley, Ping-Pong hall, video arcade, marbles arena and bar in the Baker area of Denver, Colorado that may be open by the time you read this. Imagine that, they even have social in their name. And think about it; people gather and socialize around a punch bowl. There can be little doubt about the primary type experience Punch Bowl Social plans to offer.

Another example is the new bowling lounges and boutique bowling centers. Although the first word in their names is bowling, the bowling is really secondary to the social lounge and bar experience they offer. In fact, even when a group is at the bowling lanes, many in the group don’t even bowl. They just socialize.

So we propose that we all start using new terminology, social-tainment venue, and a new acronym, STV, to retrain our thought processes on the real business most of us are in, the type experiences we need to be offering our guests and get unstuck from the past—social-tainment.