Consumer spending for out-of-home entertainment is limited by available discretionary income, income that is left over after paying for taxes and necessities such as food, shelter, transportation and clothing. This includes necessities that are automatically reoccurring household expenses such as the mortgage or rent, a car payment and insurance. 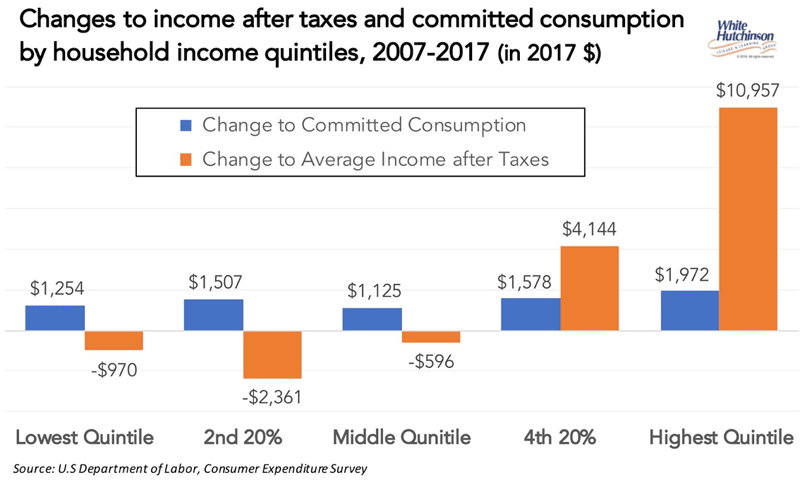 As the chart shows, compared to just before the start of Great Recession, average after tax incomes for the lowest 60% of income households has declined while their spending for committed consumptions has increased. This has left them with no or less discretionary income for occasional spending on such things as out-of-home entertainment. This probably helps explain why we have lost much of the middle class as customers for a significant share of business for out-of-home entertainment, and especially for community-based leisure (CLV), which includes family entertainment centers (FECs).