The first photos on Instagram were posted by Kevin Systrom, its cofounder and CEO. They were taken at Tacos Chilakos stand July 16, 2010 in Todos Santos in Mexico on the app, named at that time “Codename,” changed three months later to Instagram. The very first photo was of a golden retriever puppy whose name and owner to this day are unknown. The foot in the puppy photo belongs to Kevin's girlfriend, Nicole Schuetz. The photo now has over 100,000 likes. Systrom said, “Had I known it would have been the first photo posted on Instagram as it is today, I think I would have tried a little harder.” ­

The next three photos Kevin took that day dealt with food, establishing the relationship between food and photo sharing, also now known as foodporn. The woman holding the bowl of food is also Kevin's girlfriend. 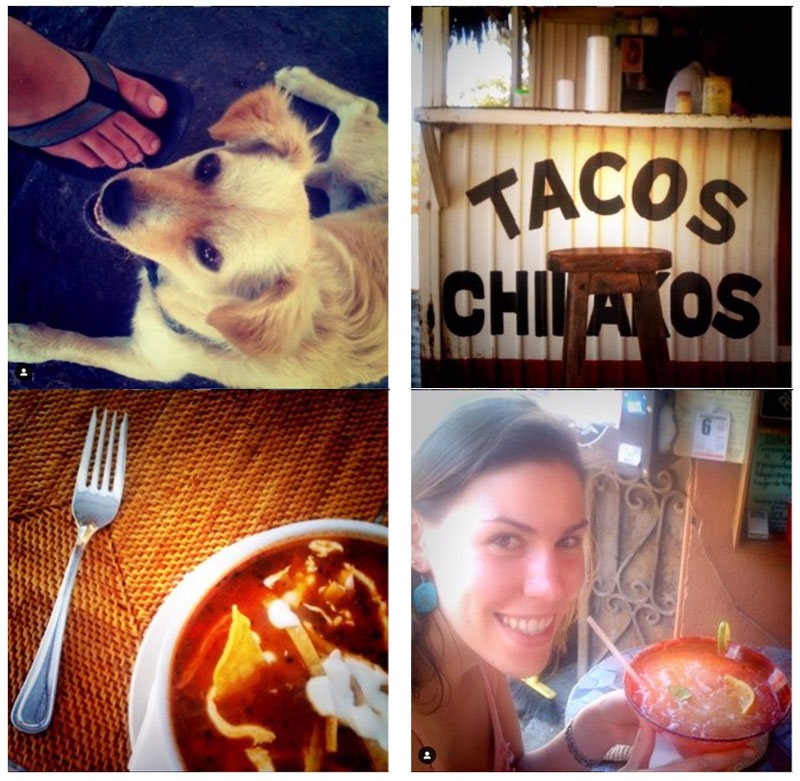 It's amazing how Instagram (and other social media) has transformed food culture in a little over eight years. Over 130 million posts on Instagram carry the hashtag #foodporn. It's no longer enough to make food delicious, its presentation now has to be worthy of sharing on social media to be worth ordering. YPulse, in a 2015 survey, found nearly two-thirds of 13-32-year-olds (63%) had posted a photo of food or drinks on social media. A survey by Maru/Matchbox found that 69% of 18-34-year-olds take a photo (or video) of their food before eating. 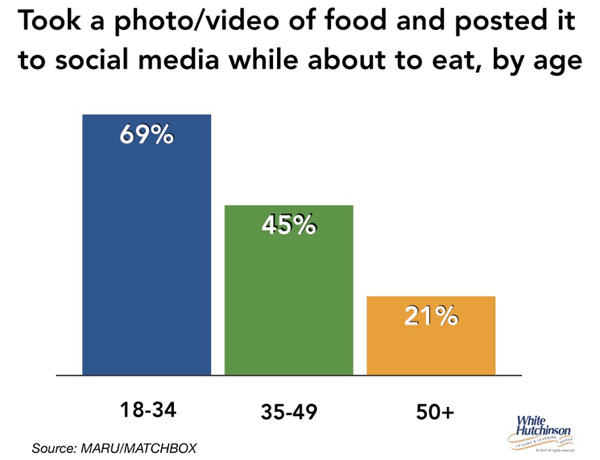 According to a YouGov survey, half of Americans take pictures of their food.

We now live in the era of “If I didn't post a photo of my restaurant meal on Instagram, was it really worth eating?” As a result, chefs now have to be more than culinary experts, they also have to be artists for the presentation of their creations.