The trend of decreasing attendance with higher prices

Both per capita attendance and per capita expenditures are on the decline for most entertainment, leisure, arts and sport venues.

Over the past few years our company has been conducting in-depth research to identify trends in attendance and spending at various community-based, out-of-home, leisure venues including entertainment, the arts and sports. Almost across the board we are finding some consistent trends:

Our research shows that the beginnings of these trends date back at least a decade. They are not attributable to the impact of the Great Recession. If anything, the recent economic turndown only accelerated the growth of the trends.

One example of these trends is with movie attendance at cinemas, perhaps the most affordable and popular form of out-of-home entertainment with over 2/3s (68%) of all Americans attending a cinema at least once a year. In 2002, the average American attended the movies 5.0 times a year. By 2010, that had decreased by 22% to 3.9 times a year. During the same time, ticket prices increased 35%, 11% percentage points greater than inflation. The bottom line for movie theaters is that their box office revenues have actually decreased 8% in inflation-adjusted dollars since 2002. 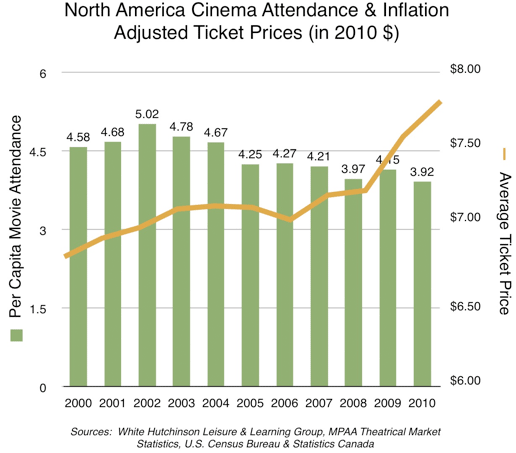 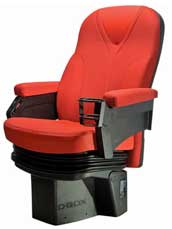 To counter this trend, cinemas and the Hollywood film studios are doing two things. First, they have been working on enhancing the value of movie-going experience with stadium seating, plusher and roomier seats and 3-D films, hoping this will increase the appeal of attending and allow them to command higher ticket prices. Their latest move in this direction is the introduction of physical motion to create movie experiences that can’t easily be replicated at home. Already 50 theaters have equipped at least one screen with gyrating D-Box moving movie seats. The seat’s motion ranges from being pitched forward, backward and side-to-side, to experiencing a momentary freefall when a character leaps off a cliff. The seats allow squeamish viewers to dial down the intensity level of the motion. At the highest setting, the motion can reach two times the acceleration caused by gravity. D-Box seats add an $8 premium to ticket prices. And that’s on top of any surcharges for a 3-D movie. D-Box expects to have 1,000 cinemas equipped with the seats within the next four years.

The second thing movie theaters are doing to try to counter the downward attendance trend and to increase the per capita spend is the installation of high end restaurants, enhanced food offerings at the concession stand, in-theater dining, bars and lounges, reserved seating, and adding other entertainment attractions such as bowling. 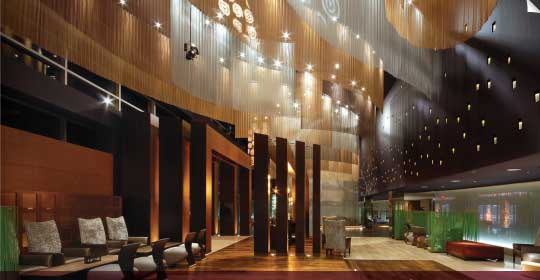 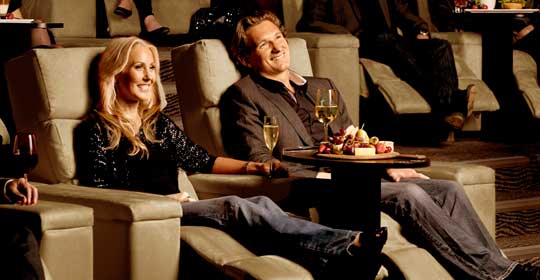 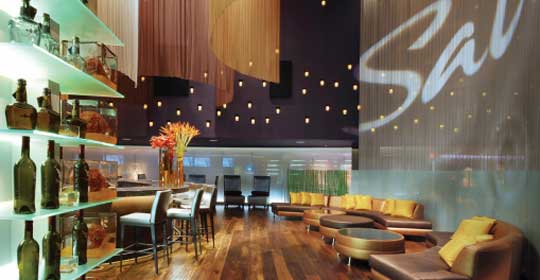 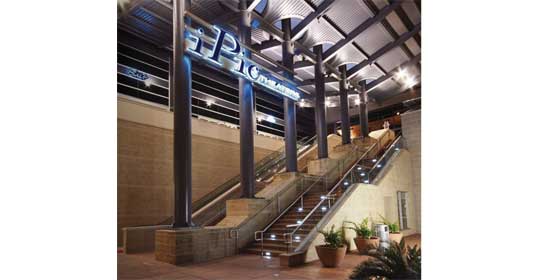 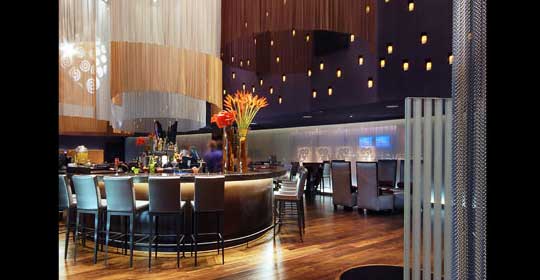 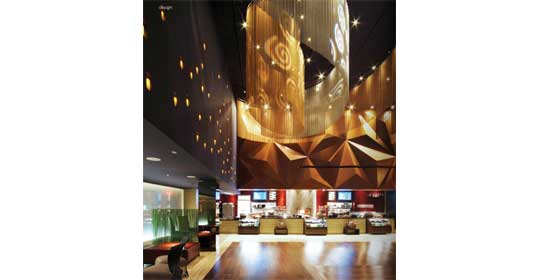 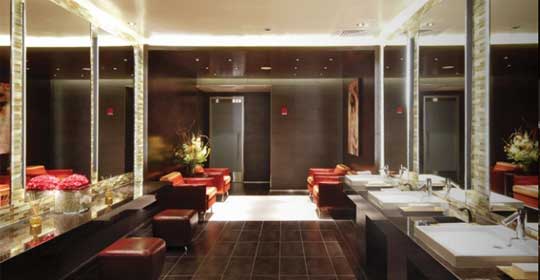 The new upscale iPic Cinema at Scottsdale Quarter in Scottsdale, Arizona is just one example of the newer upscale cinemas with restaurants and lounges. For a video tour of the theatre, click here.

As with the movie theaters, community-based entertainment venues such as family entertainment centers and bowling centers are trying to counter the declining trend by enhancing their offerings to increase attendance, raise prices and capture more per capita spending on each visit. Many bowling centers are adding things like mega-media video masking units, lounges, and enhanced food offerings as well as more upscale finishes and decor. Some are adding additional attractions such as laser tag and gamerooms. Family entertainment centers are upscaling and adding destination dining to replace the old snack bar.

The data shows that the reason per capita attendance is decreasing is that a decreasing percentage of the overall population are attending the movies, entertainment venues, sports, the arts and even historic sites. With that decrease, we are seeing an increased social stratification of attendance, meaning less lower socioeconomic households are attending, shifting a larger share of both attendance and spending to higher socio-economic households. In 2000, the top 40% of households by income accounted for 65% of all spending for entertainment admissions and fees. Their share grew to 71% in 2009.

We looked at how spending has changed between 2000 and 2009 for fees and admissions at community-based entertainment venues compared to spending on video game software and hardware. The graph below is quite telling. For the lowest three quintiles (60%) of households by income (those households earning less than $57,000 a year), spending is clearly shifting from out-of-home entertainment to in-home electronics. And for the top two quintiles of income, electronics is capturing an increasing share of their overall entertainment spending. 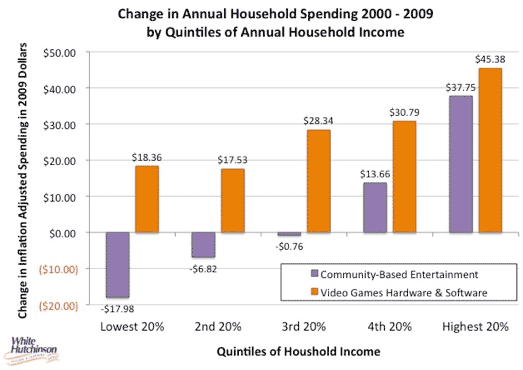 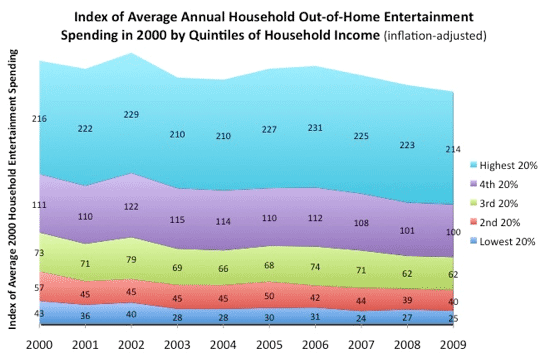 Fortunately, in terms of total U.S. spending, the number of households has grown since 2000. As a result, total 2009 community-based out-of-home entertainment spending (inflation adjusted) grew 20%. Of course this is a national total. Community-based entertainment venues have smaller defined markets, many with little or no growth in the number of households. So within those markets, any spending growth is minimal. Total national entertainment spending on trips declined by one-quarter (-24%), less than the per-household decline of one-third due to the population increase.

These trends do not bode well for out-of-home entertainment venues of all types. They are losing both customers and revenue to the digital world with its more affordable, and perhaps more attractive, entertainment and social options. The digital world is a disruptive force to out-of-home entertainment that should not be ignored. Unfortunately, many existing entertainment venues are doing just that. They are ignoring the significance of the expanding offerings of the digital world and how they are slowing eroding the bricks-and-mortar market share. We have heard operators say, “But people will always go out for entertainment.” These operators seem to think that whatever is happening in the virtual world will not impact them to any significant degree. Our research shows it already is. Remember when Toyota and Honda entered the American market and General Motors, Ford and Chrysler ignored them by just acceding a small portion of the market to them. Not that long ago bricks-and-mortar bookstores didn’t pay attention to digital books. Now Amazon.com sells more digital books than hardcopy ones and Border’s, a hard copy only bookstore recently filed bankruptcy. That is exactly what is happening with entertainment in the virtual world. It doesn’t seem that significant today, but it is gradually taking market share away from brick-and-mortar venues every day, especially with the middle and lower socioeconomic customers. And there is currently no reason to believe the trend will stop.