Are community-based entertainment venues falling into the Fidelity Belly?

This article was first published on Blooloop.com.

In his book Trade-Off, Kevin Maney says consumer businesses need to have either high fidelity or high convenience to prosper. He explains there is an ever-present tension between fidelity, the quality of a consumer’s total experience, and what Maney calls convenience, the ease of getting and doing something, including its affordability. He says fidelity is not just how good the experience is or its price, but how it makes you feel or what it lends to your personal identity. High fidelity is the highest quality, most sensory experience possible where price becomes far less significant in the purchasing decision.

Conflicting forces determine the success or failure of products, services and experiences in the marketplace. Maney says almost every decision consumers make involves a trade-off between fidelity and convenience. Offerings that are at one extreme or the other – either high in fidelity or high in convenience- tend to be successful. To really win, an offering needs to be multiple times better than what you’re aiming to replace, which means many times higher fidelity or many times more convenience. For example, a refrigerator is many times more convenient than an icebox and a cell phone is multiple times more convenient than a pay phone. Until very recently with the advent of competitive smart phones, iPhones sold at a premium over other cell phones because they offered a much higher fidelity experience. Rock stars sell out concerts at high-ticket prices because the experience is high in fidelity – it can’t be replicated in any other way, and because of that, people are willing to suffer inconveniences like crowds and parking for the experience. In contrast, a downloaded MP3 song is low in sound quality, but consumers give up high fidelity and buy music online because it’s super-convenient and low priced. The things that fall into the middle with moderate fidelity or convenience fail to win an enthusiastic audience; this is what Maney calls the fidelity belly. Music fans are increasingly choosing to not buy CDs as they are now caught in the fidelity belly between high fidelity concerts and low fidelity convenient MP3s.

Individual Identity and Status
Maney says our connection with others, our individual identity and status, matters more to us than just about anything else. Anything that enhances it will increase its fidelity. It's why teens will buy a cell phone ring tone for $3 that announces their taste in music to the world but will balk at paying 99 cents for a full song that they may play only privately in their earphones. The social dimension, how products or services are part of people’s lives, can increase their fidelity. For example, an ‘in’ bar has a social factor that raises its fidelity above just a place that serves drinks. Starbuck’s, with its highly social ‘third place’ aura offers a high fidelity experience that enables it to charge a premium for its coffee. Fidelity is the total experience of something – not just how good it is, but also how it makes you feel or how it enhances your personal identity.

Maney’s fidelity versus convenience is a perfect framework to understand the impact of the increasing competition that out-of-home community-based entertainment (CBE) venues, including family entertainment centers (FEC), are facing today from consumers’ experiences with electronics and the digital world and at many regional and tourist-based entertainment venues. Technology is pushing the boundaries of fidelity and convenience, continually raising the bar at each end. At-home digital experiences are getting more convenient while at the other extreme theme parks and tourist attractions are getting higher in fidelity, for example The Wizarding World of Harry Potter at Universal Studios, MagiQuest and extreme roller coasters. As a result, many CBEs are falling into the fidelity belly and losing their consumer appeal.

CBEs are losing appeal with the majority of households, probably due to the low price (especially on the basis of cost per hour of usage) and convenience of at-home entertainment options. Between 2003 and 2009, only those American households with incomes over $100,000 (less than one-fifth of all households) increased their CBE expenditures. It decreased for the 82% of lower income households. During the same time period, households of all income levels increased their expenditures for all types of audio and visual equipment and services. In the video game hardware and software category, the increases ranged from 26% to 400%, with the lower income households showing some of the greatest percentage increases. 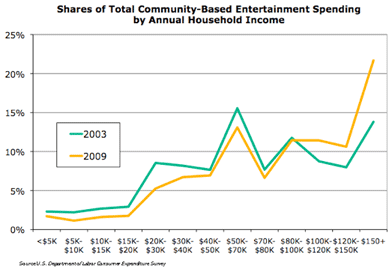 Data we analyzed on participation in many types of CBEs supports the decreasing appeal of CBEs to middle class and lower income households. The research shows that over the past decade, the percentage of the population attending almost all types of CBEs has been decreasing as well as their number of visits. The result is an increasing socio-economic stratification of attendance coming from the higher socio-economic households.

Time research also supports the decreasing appeal of, not only CBEs, but also other types of out-of-home entertainment: arts, sporting and recreational venues. Between 2003 and 2009, the amount of time the average American age 15 and older spent attending arts, entertainment, sporting and recreational events decreased by 29%, with the largest decrease occurring on weekdays (-33%) and weekend and holiday attendance time decreasing by 13%. During the same time frame, the average percent of Americans attending those activities per day fell from 3.8% to 3.1%. Yet, between 2003 and 2009, the average amount of total daily time spent with all leisure type activities increased.

Internet and Digital Media
There can be little question that the internet and digital media is capturing timeshare from CBEs and other location-based entertainment options, resulting in their decreasing rate of participation, attendance and average household expenditures: 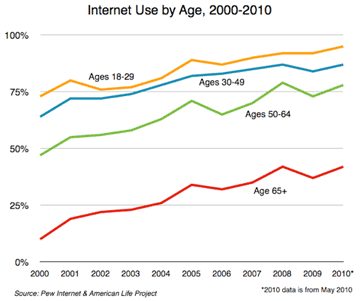 Americans now spend as much time on the Internet as watching television. (As counterintuitive as it may seem, time online is not increasing due to a decrease in television viewing. TV viewing has actually increased from 2.58 hours per day in 2003 to 2.82 hours in 2009. Recent surveys show television viewing time continuing to increase.)

Social media has become a magnet for Americans’ time: as of May 2010, 46% of Americans used social networking. The largest amount of all the time Internet users spend online is with social networking, now 23% of all online time, up from 16% a year ago. Social media offers high convenience compared to real world out-of-home socializing. 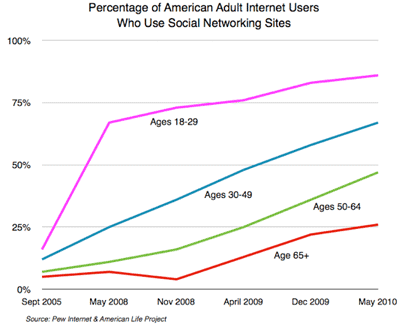 The increasing convenience of social media and at-home digital entertainment is posing serious competition to the entertainment and social experiences that CBE offer.

CBE Countertrends – Cinema and Bowling
In the CBE arena, to counter these trends, cinemas are ramping up the fidelity of the movie-going experience by offering plush stadium seating, 3-D and IMAX movies (that command a premium price), social experiences at wine bars and in VIP rooms and even in-theatre dining to compete with the increasing convenience of at-home high-definition movies on large screen TVs, now very convenient with instant Internet streaming. T-Rex Café offers a high fidelity dining experience for families by offering more than just the food and beverage found at a typical restaurant - an immersive prehistoric dinosaur world experience. Attendance at zoos and aquariums has been increasing over the past decade as they are offing higher-fidelity experiences with their increasingly authentic and immersive exhibits.

In the CBE arena, one example of the success of increased fidelity versus the increasing convenience of at-home entertainment and social media is bowling. Wii game consoles take consumers out of the sofa and incorporate physical interaction, allowing them to “bowl” in their homes at a low price. Now the new Kinect motion-based system doesn’t even require you to hold a controller. That’s high convenience.

However, community-based bowling centers have always had strong social appeal. People pay money as much to enjoy the social aspects as for the actual bowling. Hybrid bowling centers (also know as bowling-based FECs) and bowling lounges have ratcheted up the fidelity by targeting the open-play customer with large-screen video masking units, upscale décor, new seating arrangements and more sophisticated food and beverages (that you can’t find at home) to support and encourage social interaction. There is now even a social cachet to being seen in some of the bowling lounges. These new formula bowling centers are getting premium prices and high attendance due to their high fidelity.

The answer for the success of CBEs now and in the future is they must raise their fidelity to overcome the increasing competition from the convenience of both at-home digital entertainment and social media options and the higher fidelity, often technology-based, experiences that the larger theme parks and tourist attractions offer. CBEs need to offer high fidelity experiences that can’t be found at home, at regional attractions or in the digital world, ones that are richer, more exciting, more beautiful, more fun, highly social and even offer an opportunity to enhance one’s social identity. CBEs will never win with convenience, low price or high tech. They will only win by offering high fidelity, unique, fun and social experiences that guests will want to repeat on a frequent basis.