In our continuing examination of societal and economic changes impacting location-based leisure (LBL) businesses, we take a look at what has happened to bowling, a stalwart of the LBL industry. Just who is the average bowler today? Results of our research may surprise you. 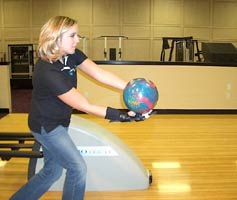 The invention of the automatic pinsetter led to a rapid growth in the number of bowling alleys and lanes in the later 1950s and early 1960s. The heyday of bowling was the mid-1960s, when there were approximately 12,000 bowling centers in the United States. Business predominately was driven by leagues where bowlers signed up to come once or more every week for at least 30 weeks and to participate in tournaments.

Bowling has undergone a major transition over the past several decades. Whereas league bowling used to generate about 70 percent of a bowling center's business, due to societal and lifestyle changes, it now generates only about 40 percent of overall bowling business, and is continuing to decline.

During the 1997-98 year, the United States Bowling Congress reported 4.1 million members of the ABC, YABC and WIBC league bowling organizations. That membership declined by 36 percent to 2.6 million in the 2006-07 year.

Research shows 51.6 million, or 19.1 percent of people age 6 and older bowled in 2007, which is only a slight reduction from 52.6 million in 1999. The number of occasional bowlers has actually increased during that period, while the number of frequent bowlers who bowling 25 or more days a year has decreased. In 1999, there were 8.8 million frequent bowlers. In 2007, the number shrunk 21 percent to 6.95 million. During the same period, the number of infrequent (predominately open-play) bowlers increased by almost 1 million. The largest percentage increase of occasional bowling among adults was with full-time college students. In 2007, the average bowler visited a bowling center 12.6 times. On average, every day of 2007 you could find 2 percent of the U.S. population 15 years and older bowling.

The decrease in league bowlers is the predominate reason there has been a 14 percent decline in the annual number of bowling participation days, or attendance at bowling centers in 2007, compared to 1999.

There are a number of misconceptions about bowling. During the league era, it was a predominately blue-collar recreation. But today, bowling has shifted to predominately white-collar participants. In 2007, 42 percent of bowlers had household incomes of $75,000 or higher, compared to just 30 percent in that income bracket in the total U.S. population. More than 25 percent of bowlers come from households with $100,000 or higher incomes compared, when only 18 percent of all U.S. households are at the income level. 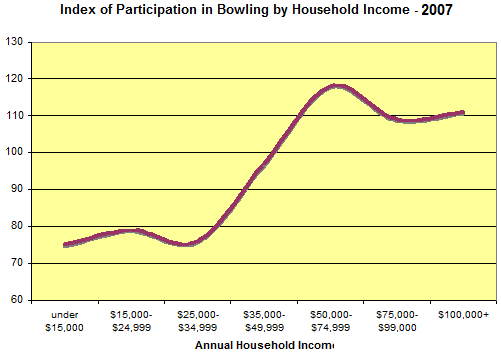 Nor is bowling mostly a recreation for men. In fact, 46 percent of all bowlers are girls and women. 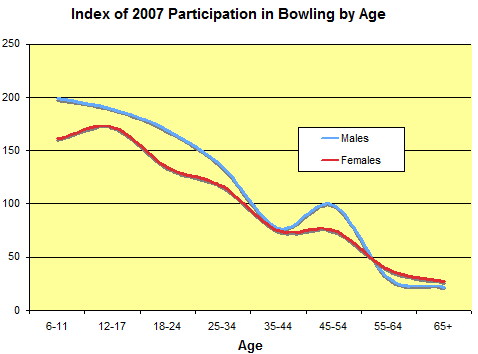 What we see today are two distinctly different types of bowling centers. There's the fast-dying old style bowling alleys of yesteryear, compared to the new, contemporary designed centers that cater to the open-play customer. These include the new adult-oriented bowling lounges and bowling-based multi-anchored family or adult entertainment centers. 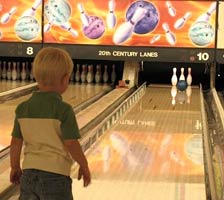 Indications are that bowling is gaining popularity, perhaps due to the improved condition of bowling centers. In 1999, only 11.5 percent of bowlers said bowling was their favorite activity. In 2007, that percentage rose to 12.4 percent. In fact, for every type of indoor or outdoor recreation, bowling remains the third most popular. Recreational walking and biking come in first and second.

One of the big problems we see with a number of the new family-oriented bowling or bowling-based entertainment centers is they fail to match the product to the market. The owners and designers appear to be stuck in the paradigm that bowling is a predominately blue-collar adult recreation. In reality, it now appeals mostly to white collar and professional households, especially families with children. The other shortfall we often see is centers designed only for bowling, when many participants are there more for socializing than for bowling. Along with the blue-collar paradigm, we continue to see the snack bar or concession paradigm. The most successful centers today take food and beverage very seriously by featuring a destination restaurant.

In summary, there is good news and bad news about bowling. The bad news is the old style bowling alley will soon be a dinosaur. The good news is open-play bowling is extremely popular. Centers can be very successful if they match the product to the niche market that loves to bowl.

In fact, we find the demand for bowling is elastic, based upon the quality, atmosphere and presentation of bowling. The more centers that match the tastes and values of upscale consumers, the more those consumers will come out to bowl. Think about it. Would you want to spend time in one of those smoky, stodgy, dark prehistoric bowling alleys offering food less appealing than what you find at the State Fair? Of course not. Introduce a new, contemporary bowling center in that same market, and open-play bowing attendance will suddenly shoot up.

One of the newest challenges bowling may face, other than the economic downturn and rising energy, food and medical costs (see The new leisure economy), is virtual bowling at home. This sport is made possible by the Nintendo Wii video game system. It will never offer the same thrill as whirling a real ball down the lane and hearing the authentic sound of it striking the pins, but the in-home experience does offer a social experience with family or friends at a much more affordable price. (For more about in-home electronic entertainment taking market share away from out-of-home entertainment venues, see the first part of our article, The shifting nature of leisure time and expenditures.)

Our company is continually working with clients to upgrade and expand their existing bowling centers or to design new bowling-based concepts. Our work includes conducting feasibility studies and market research to serve as the foundation for our design work. We subscribe to what is called "evidence-based design," which means all our work is based on solid research, some of which we have shared with you in this issue. Our research indicates who the target customer is for various attractions, and that enables us to match the product to the market, using a large body of additional research. For individual centers, we are able to conduct very specific research focused on the market area to determine the demographic and socioeconomic/lifestyle characteristics of the market area population. Then we can best match that with the design of the bowling-based facility and its attractions.

We actually got our start in the location-based entertainment industry with bowling. In 1989, Olathe Lanes East, then an old style bowling alley in a suburban area of Kansas City, burned to the ground, and we were hired to handle its redevelopment. Our research found the majority of its customers were white-collar, and 51 percent were women - even though the owner told us his average customers were "beer guzzling blue-collar men." So we matched the new bowling center to its market with more upscale art deco décor, cocktail seating on the concourse (the old style settee seating was designed for leagues, not open-play bowlers), one-level floors and approaches, windows and skylights, hand-made hamburgers and nice restrooms. Guess what? After the center reopened, business doubled, food and beverage sales quadrupled and the center was able to command a 35 percent premium price for bowling over other bowling houses in town. 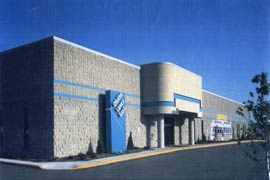 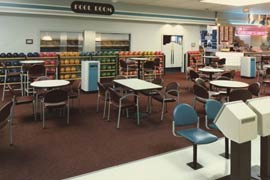 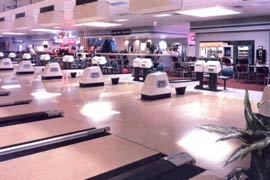 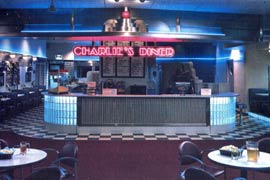 Olathe Lanes East bowling center where we learned that matching the product to
the market is one of the keys to success in the location-based entertainment industry.

Olathe Lanes East was a great first lesson for us. Match the product to the market and the volume of business will expand (that elastic demand we mentioned) with nothing else in the market being different. We've been helping clients be successful ever since by never forgetting that basic marketing principle.