Births down, but don't despair

As we reported back in January, America's birth rate remains depressed four years after the end of the Great Recession based on final 2012 birth data. Preliminary data for 2013 indicates the birth rate is continuing its decline. 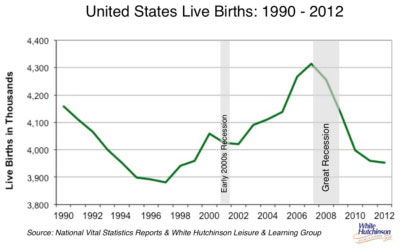 But all is not gloom and doom. There are number compensating trends underway:

Education
More and more mothers with infants are college educated. This means an increasing number of mothers have higher incomes and greater disposable leisure dollars they can spend on their children's leisure activities (there is an almost direct relationship between educational attainment and income). In 2011, two-thirds (66%) of mothers with infant children had at least some college education. 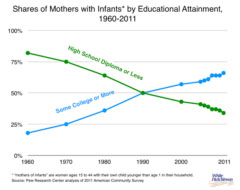 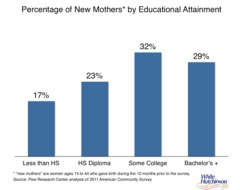 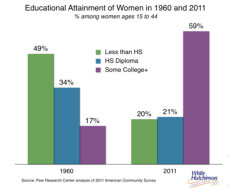 Although less educated women are a shrinking share of all new mothers, less educated women still have a higher average number of births throughout their lifetime than more educated women. By the end of their childbearing years, women without a high school diploma have on average 2.5 children, and women with a bachelor's degree have about 1.7. This gap has closed only slightly over the past 25 years.

Marriage
There are significant differences in the marital status of new mothers depending upon their educational attainment. While about six-in-ten (61% in 2011) women with less than a high school diploma are unmarried when they give birth, this share declines to only 9% among women with at least a bachelor's degree. Married couples with children generally have higher incomes than single parents. 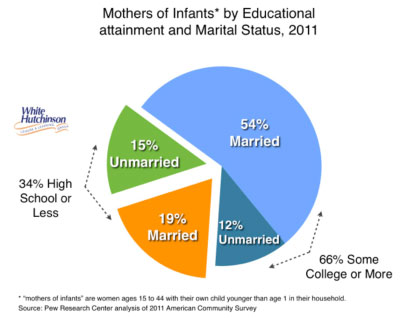 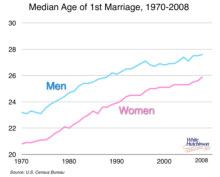 Age
The age when Americans marry for the first time has risen to its highest point since the 1950s. The age profile of new mothers varies by their educational attainment as well. While almost half (48%) of new mothers without a high school diploma are younger than 25, only 3% of new mothers with a bachelor's degree are younger than 25. Incomes generally increase with age, so again, there is a rising proportion of higher income mothers who will have disposable income to spend to take their children to location-based entertainment venues.

Stay-at-home
For the first time since 2004, the percentage of stay-at-home mothers is on the increase. 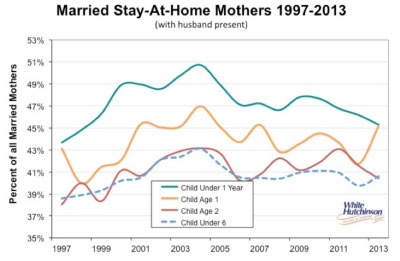 Stay-at-home mothers have the time to take their preschool children to entertainment venues during the daytime. 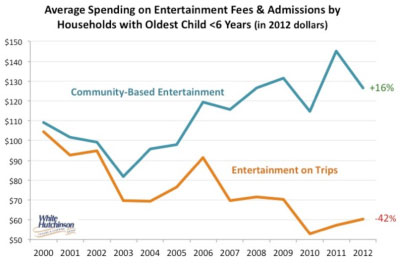 As the above graph illustrates, we found that community-based entertainment spending by households with the oldest child younger than age is on the increase (+16%). In fact, it didn't take a dip during the Great Recession like it did for many other types of households. However, to the contrary, entertainment spending on trips is down dramatically (-42%).

So there appears to be good news for community-based children's entertainment venues. Despite the declining birth rate, families with very young children are spending more for out-of-home entertainment, offsetting the decline in the number of births.