Will the baby bust continue post-pandemic? 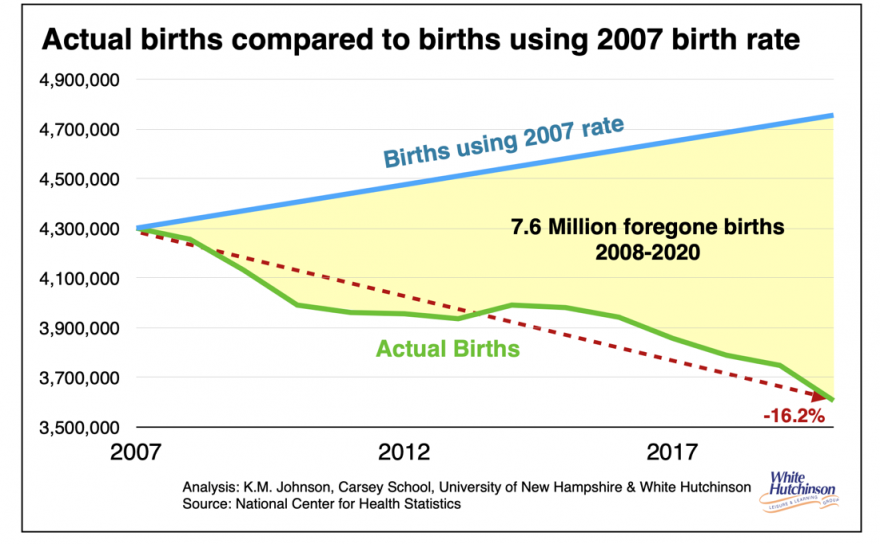 The number of U.S. births continued its decline in 2021, according to a new report published by the Centers for Disease Control and Prevention.

An October 2021 Pew Research Center survey finds that more than four in ten non-parents ages 18 to 49 (44%) say it is not too or not at all likely that they will have children someday, an increase of 7 percentage points from the 37% who said the same in a 2018 survey. Meanwhile, three-quarters of adults younger than 50 who are already parents (74%) say they are unlikely to have more kids, an increase of 3 percentage points from 2018. 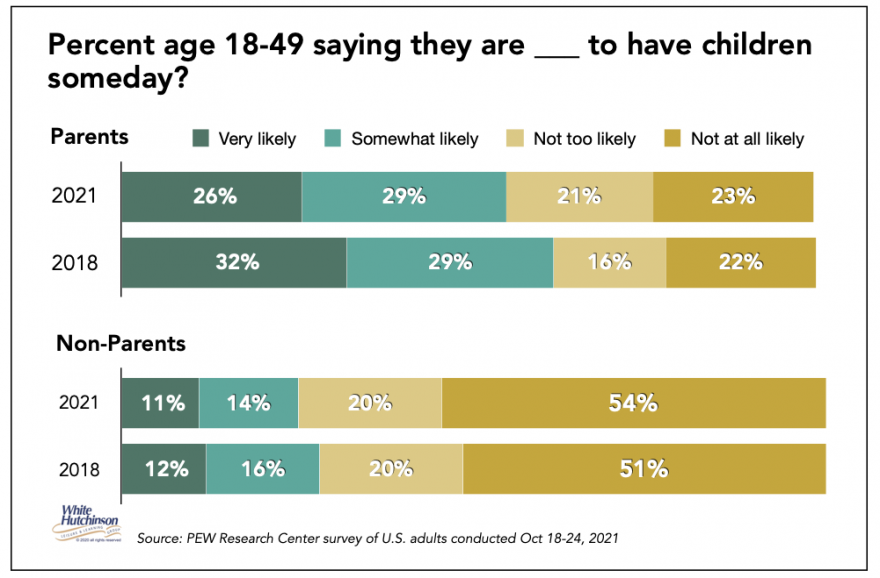 Most non-parents younger than 50 (56%) who say it's unlikely they will have children someday say they just don't want to have kids. Childless adults younger than 40 are more likely to say this than those ages 40 to 49 (60% vs. 46%, respectively). When it comes to 18- to 49-year-old parents who say they are unlikely to have more children in the future, again, a majority (63%) say it's because they just don't want to.

The PEW survey findings strongly suggest that birth rates will continue to decline in the post-pandemic era.