Digital entertainment spending is continuing to win a greater and greater share of consumers' spending while the share devoted to out-of-home (OOH) entertainment and the arts declines.

A declining percent of the population is participating in OOH entertainment or art events on the average day. 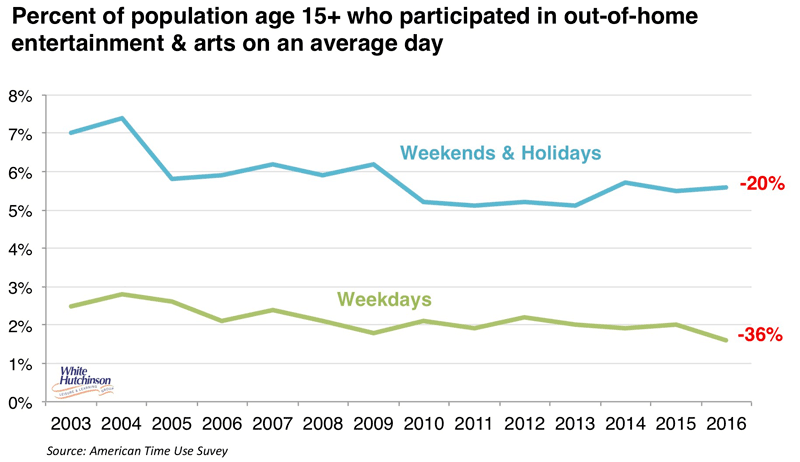 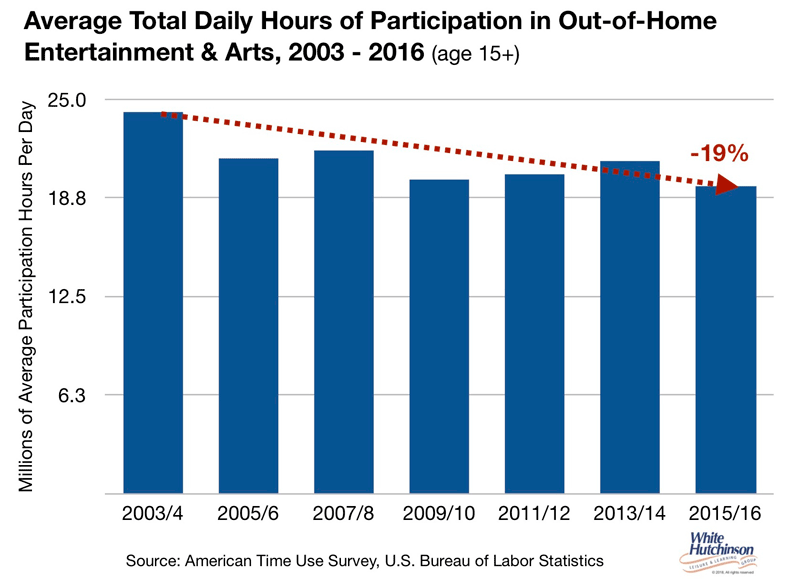 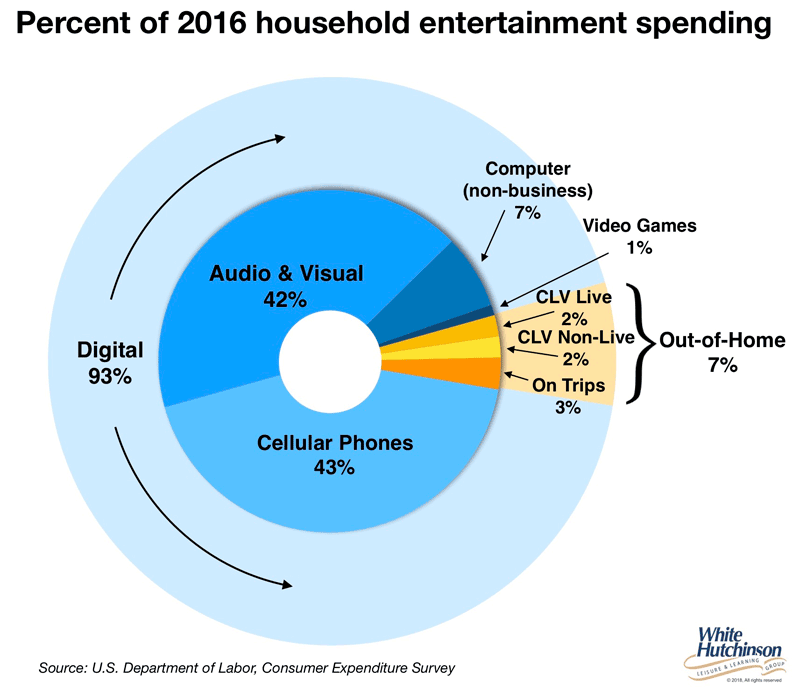 When people are leaving home for entertainment and arts, it's the higher socioeconomic adults who spend the most time at those venues. Although adults age 25+ with a Bachelor's or higher college degree made up only 36% of the age 25+ population in 2016, they accounted for more than half (57%) of all hours spent participating in entertainment and arts. 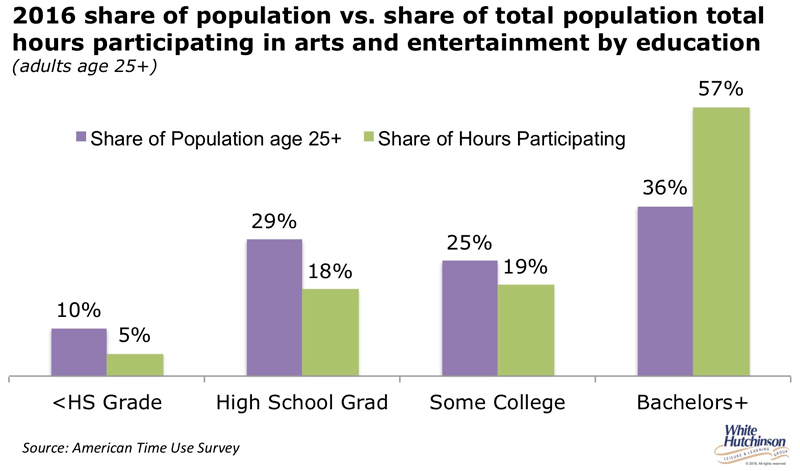 The market pie for participation at and time and money spent at OOH entertainment and arts has significantly declined as screen-based digital options displace it. This trend is likely to continue into the future as new consumer digital entertainment options go mainstream, such as virtual and augmented reality.

Today there is less demand for OOH entertainment and arts than in the past. This means that many CLVs that might once have been successful will become marginal or fail and that many new projects that are based on projections of past demand into the future will not achieve their projected results.

There is still opportunity for successful CLVs. However, to win, they will need to be high quality, High Fidelity, offering shareworthy and repeatable experiences built on new formulas rather than formulas from the past that target the higher socioeconomic consumers.