Editor's note: This is the first of our articles by guest authors. Frank Price is the founder of Birthday University and is recognized as the world's leading expert on the design and operation of birthday parties in all types of leisure venues.

"Satisfied guests, touched by positive emotions, who leave with long lasting memories, never ask ... how much it costs?"

After the dust settled from the fall schedule of amusement industry trade shows, it's exciting to hear about so many new family entertainment ventures that are somewhere between the idea phase and early construction. The lure of a business venture based on FUN is once again enticing a whole new generation of enthusiastic entrepreneurs. However, the desire to be first on the block, with what hopefully is the next leisure industry "home run," can be a dangerous and frustrating strategy.

It's been over a decade since I remember a similar race to be the first, the biggest and what each believed was a better version of early industry leader's concepts. It was a frenzy of large investors and ma and pops seeking prime retail space to make it big in what seemed would be a "Fun" and "Rewarding" business. I still have archived business plans predicting the downfall of early innovators, like Discovery Zone, then owned by Viacom, and Leaps 'n' Bounds, the McDonald's version of a 12 and under indoor playground. Looking back and analyzing their mistakes, it's much easier to see that their concepts were flawed. Unfortunately, many entrepreneurs at the time were enticed to follow these early industry leaders, because "Hey, they're McDonald's, they must know what they are doing," or "They've got over 300 of these centers up, it must be a gold mine." Those of us "older" war horses with 10-15 years in this industry, have all been involved with a company at one time or another whose goal was to develop and roll out a bunch of these better mousetraps. In fact, there were plenty of very high profile entertainment companies that all failed miserably. After the shakeout, those that survived were lean, smart, usually active owner/operators, who continued to develop their operation to meet the needs of their customers. They were not complacent and did not resist the commitment to change. They embraced a continual improvement plan as an integral part of their business strategy and nurtured meaningful relationships with their market. 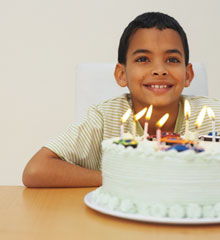 As excited as I am about these new budding entrepreneurs, it pains me to hear people talk about investing their life and life's savings into the idea that's going to knock off the current concept leaders. I'll take what they do and do it better. Copying a business concept does not work. History has proven that. Allowing history to repeat itself or traveling down the same path, reminds me of the definition of insanity: repeating something over and over and expecting the outcome to be different.

Copy cat concepts simply don't work. A better strategy when modeling your concept from another business is to take the principles you like, then research and design your own unique concept and add them to it. In the attempt to duplicate another business, critical underlying components get lost in the process. If you don't know why this business is operating in a particular way, you'll never truly understand the business as a whole. Worst of all, you will not be able to communicate who or what you are, to the market or your employees. If these two primary success influencers don't get it, your business will be in trouble right from the get-go. The real nightmare is that many business concepts themselves were copied, prior to you discovering them. They never understood what they were doing or why they were doing it. The greatest example of this was Discovery Zone. Many would-be entrepreneurs lost everything modeling their business after DZ. Sure, they added a twist or two, some even made them bigger. The problem was DZ didn't know what they were doing and didn't understand the market or their business. Worst of all they were blind and deaf to the industry experts they hired to help run the company. Learn from history, blaze your own trail with a unique "to you" concept. Educate yourself and find others who have been there before. Learn and listen intently. The wisdom of others can save you plenty.

Throughout my research of birthday concepts I've found over 95% appear to be formulated, modeled or copied from others, similar to them. I'm sure it went something like this. Observe what seems to be a successful birthday concept or hire someone who has worked in the industry. Then copy how they do it.

When you copy another concept, no matter how much better you present it, or how much bigger it is, studies show consumers will see only a 15% differentiation between you and the business(es) you borrowed it from. When there's no unique difference, parents choose what's new or what they haven't done before. Eventually their party choice is made by two factors, price and location. Here lies a major reason why some party programs set themselves up for failure, right from the start. They package and price their parties according to what the competitors are doing. "I'll add a few more game tokens, an extra prize for the birthday child, a few other spiffs and then charge a little less than everyone else." "I'll be booked solid." Unfortunately, being booked solid, with a high cost of sales yielding a low profit margin, is destination ... failure. No growth, not meeting financial requirements, including desired return on investment, means a business soon to be extinct, like other concepts before them.

Just last week I had a conversation with a seasoned industry veteran, who has been operating successfully for over 10 years. We'll call him Pete. When we first talked about his birthday program he told me his parties were good, he'd been doing them for a long time. My comment, "Then it's about time to stir up the pot and change. It'll bring new energy and employee enthusiasm, that'll get people talking again." With skepticism, his management team sat through the BU course and saw a different perspective, a new "Out of the woods" point of view. He took these ideas and put them into action, changing almost everything he had been doing for the past 10 years. Guess what? It's working ... great job, Pete!

But here's the real learning point. Recently two new competitors emerged, one in his market and one about an hour away. Pete told me that each one must have copied his former program, because it was almost identical. One company's brochure was almost word for word. Obviously these two new businesses figured that Pete, being a 10-year seasoned veteran, must be doing something right and copied his program, without really knowing what they were copying. Unfortunately, what they copied was obsolete and needed to be changed, but they think it's what works. Pete's comment, "It serves them right."

Being unique, recreating old ideas in a brand new way has proven to be a consistent formula for success in any industry, but a far less popular strategy. It's harder in the short term; it takes passion, creativity, belief and confidence in one's ability, with unrelenting faith that the road less traveled is the best direction to go. Even though you may still journey down "learning curve lane," this is where real innovation is revealed and long-term success lives. Make sure you keep your eyes and mind open, have plenty of perseverance in your pocket, expect road blocks and give it enough time to sprawl. You'll be happy you did. And when others come by to copy, think like Walt Disney, who said, "I can create faster than they can steal."

Part II of this article will deal with ideas on how to make your birthday parties more unique.