Be an LBE disrupter before you get disrupted

Often, when I give presentations or discuss the trends we are seeing with the shrinking market for community location-based entertainment venues, I often hear a response along these lines, “But people will always go out for entertainment.” Well, that is not totally true. Our company’s research finds a long-term trend of a declining percentage of people going out, and for those who still do, many visit out-of-home entertainment venues less often.

What we are seeing today for just about every type of consumer business is business-model disruption. When it comes to location-based entertainment venues (LBE), it’s not so much about disruption from other LBE competition (although that is happening some), but rather much more about disruption from the fast-evolving innovation occurring with the Triple Revolution – the Internet, social media and smartphones.

During those same ten years, there was a more than 1/3 (-38%) decrease in the number of people attending entertainment and arts venues on any given day while time spent on digital devices of all types has skyrocketed. Just over the past three years, the average amount of time adult Americans spend on their mobile devices is up 75% and total digital time is up daily by one-half hour. And research shows that time on digital devices is displacing leisure time spent at real world locations. 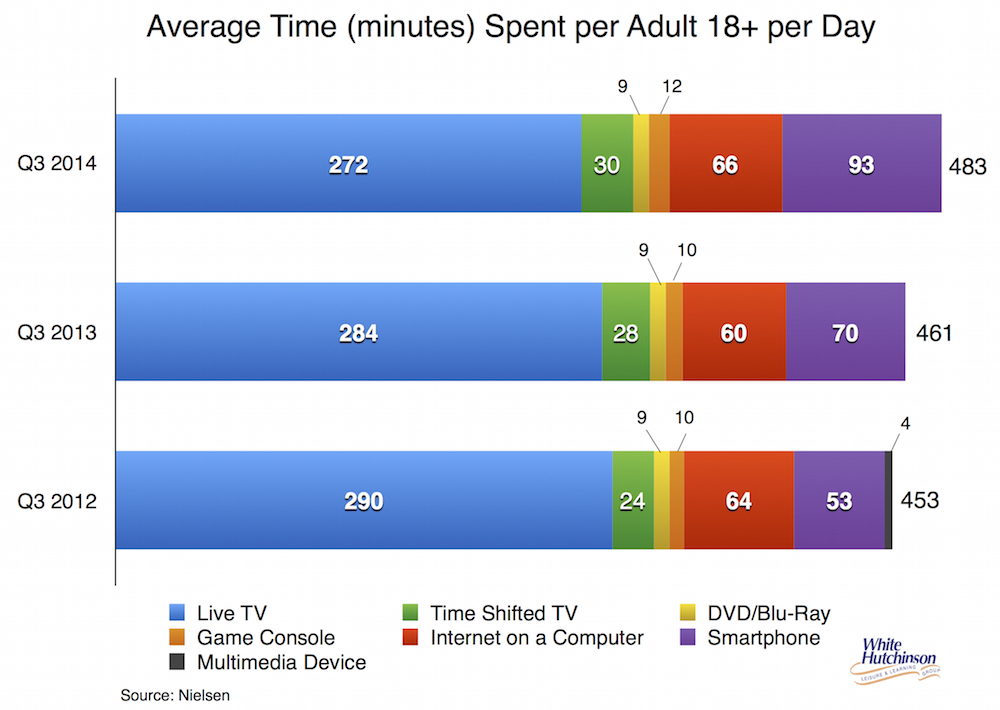 LBEs are fast being disrupted by the siren call of the digital world, including all of its forms of entertainment and social media, which most users consider as a form of entertainment.

To counter digital Darwinism and avoid the innovator’s dilemma, LBEs need to disrupt their current business models. This disruption requires a paradigm shift from thinking that LBEs are entertainment destinations to re-conceptualizing them as great, upscale, social destinations targeting adults rather than everyone in the family. Great contemporary food and beverage becomes a major attraction and the entertainment shifts to a less prominent role.

Location-based entertainment no longer has the draw it did just a few years ago, as now entertainment alternatives are conveniently available in the digital world 24/7, not matter where you are and at low or no cost. The LBE formulas of just a few years past are no longer future proof. Be a disrupter before you get disrupted, because that disruption is already underway.