More Proof that High Fidelity is the Winning Formula

Today the entertainment landscape is highly competitive and is only growing more so. Location-based entertainment venues (LBEs), including all types of family entertainment centers (FECs), are now competing for consumers’ discretionary dollars and leisure time with the expanding options of at-home and mobile digital entertainment as well as an increasing selection of other out-of-home entertainment experiences including retail-tainment and many free options. Both on this blog and in our Leisure eNewsletter we have featured a number of articles discussing that in order for LBEs to win today and into the future, they need to offer High Fidelity.

When it comes to spending on fees and admissions for entertainment on trips and vacations, since 2004 we have seen a 20% decline in household participation and a 28% decline in average household spending (inflation-adjusted). That’s a tough market to compete in and one you would think would be very price sensitive. 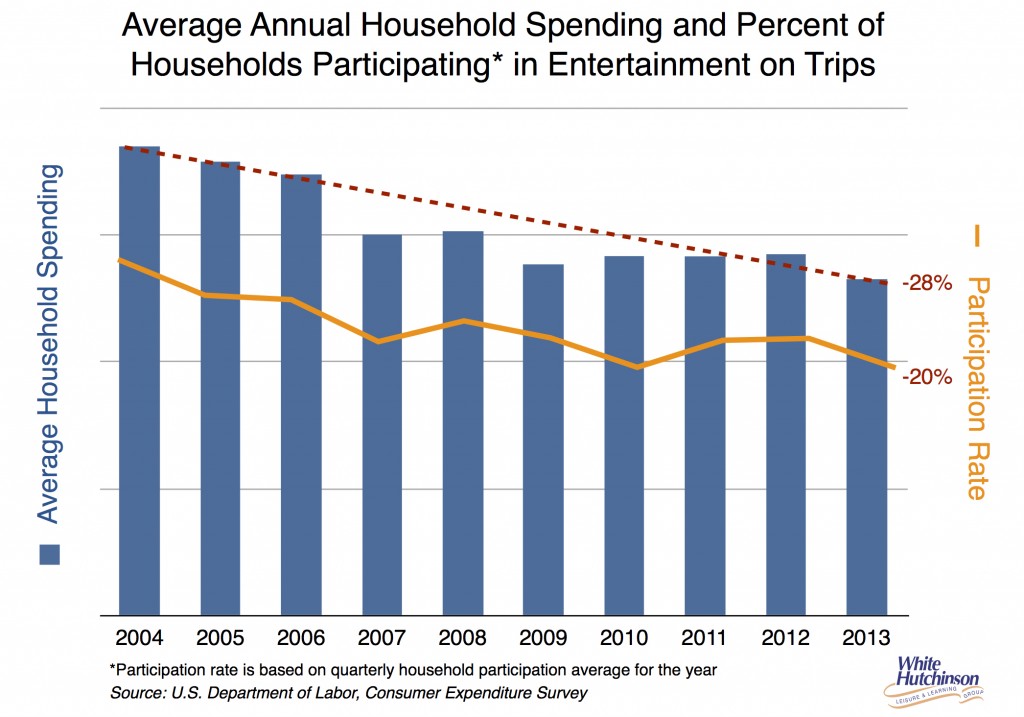 Well, just the opposite appears to be the case. The High Fidelity venues are winning and are even able to raise their prices faster than inflation.

There’s probably no Higher Fidelity entertainment experience than The Magic Kingdom at Disney World in Orlando, Florida. And it isn’t cheap when you consider not only the admission price, but also adding the cost of travel, hotels and meals for a family to go there.

Guess what? Despite a shrinking market for entertainment on trips and vacations, between 2006 and 2013, The Magic Kingdom grew its attendance by 13%, 2.5 times the rate of growth of the US population. That’s an 8% increase in their US market penetration rate. And most amazing, between 2006 and 2015, they raised their admission price from $63 to $105, 44% faster than inflation. If they had only grown their admission price by inflation, today it would only be $73, $32 less than what it currently is.

This clearly demonstrates that in today’s increasingly competitive entertainment marketplace, High Fidelity plays an important role in the formula for success. Even with the mindful frugality of spending brought on by the Great Recession, if people are going to visit an LBE, they are opting for the High Fidelity choices and are more than willing to pay a premium price for the experience. It’s not about the price, but rather the value you get for what it costs. People no longer are willing to waste their precious leisure time for a mediocre experience. If they are going to leave the comfort of their homes and the convenience of their digital screens, it needs to be a really great, High Fidelity experience.

To win today, it’s all about offering a High Fidelity experience