Looking back and looking forward at the FEC industry

Here we are at the end of one year and the beginning of another. This is the time when the media recaps the major and best events during the past year and makes predictions of what is ahead in the New Year. I’m going to take a little different direction in this blog and briefly look back far more than one year through the history of the family entertainment center industry and give predictions of what the future holds for its success.

The term FEC has survived to this day. Unfortunately it perpetuates what is proving to be a dated legacy concept that still, for the most part, continues to define the industry – designing a center with a little bit of something for everyone in the belief that this strategy maximizes attendance and revenues. However, this now often results in a mediocre performing center that is not special to anyone, and particularly not appealing to adults.

Today for sure, the adult market is a far larger market than the family market. 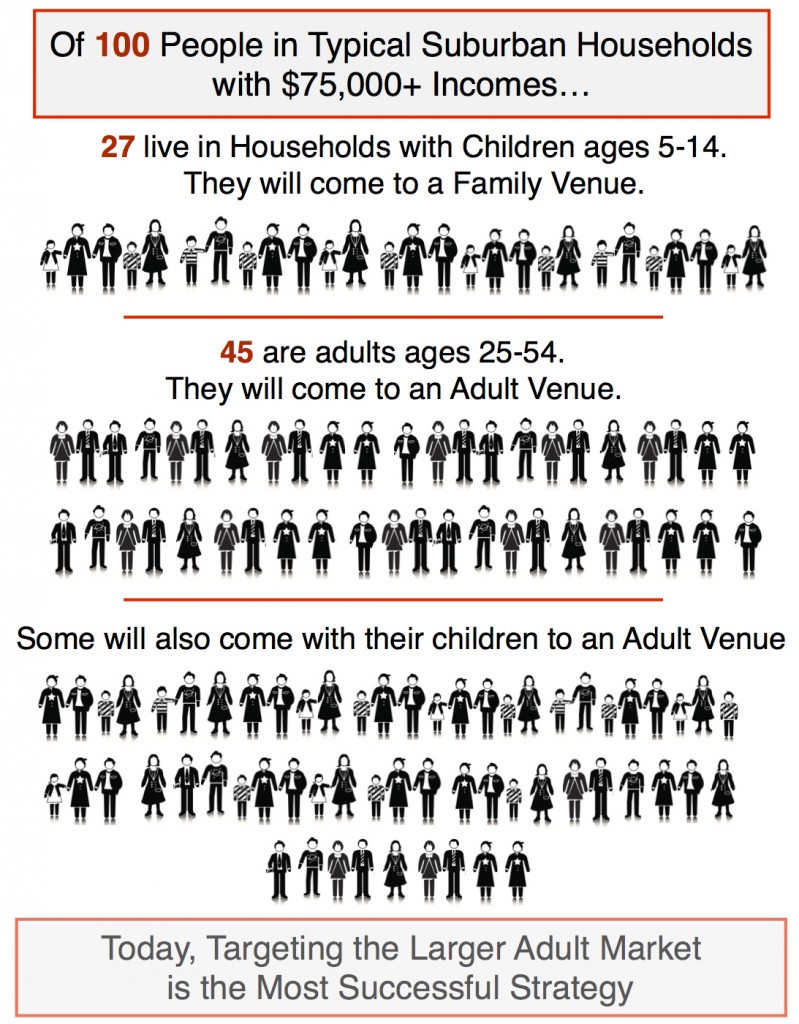 This doesn’t mean that old school family entertainment centers that primarily cater to families with children or only children centers still aren’t viable. But it does mean the opportunities for those concepts are far more limited than in the past and basically restricted to dense and more upscale family with children markets.

Over those past almost three decades, as the result of demographic and cultural changes, we have seen an evolution in the industry based on the marketing Law of Division – that a category will divide into multiple categories over time. Today we have many new categories of centers targeting different niche markets.

What is trending today as the most successful formula with the highest revenues per square foot are centers designed for young and middle-age adults that include some combination of boutique bowling, gamerooms, laser tag and other social games along with destination dining and bars. Surprisingly, this is not really a new formula, as we’ve had the Dave & Buster’s chain around since 1982, now at 83 units and growing. We’re now seeing the rapid expansion of adult-oriented concepts including chains such as Pinstripes, Punch Bowl Social, Splitsville, Lucky Strike and Kings, to name just a few, plus many independent centers.

What makes these centers far different than the family entertainment centers from back in the 1990s, besides targeting a narrower age group, is that the food and bar are no longer treated as concessions, but in most cases are anchor attractions generating around half the revenues. And although designed and operated as the centers for adults, a considerable amount a business still comes from families with children, at least school age and older, as a secondary market. That is a lot different than the family entertainment center model that targeted the family, so really didn’t appeal to adults.

So what does the future hold? It holds success for centers designed for the adult market that include a combination of social games and destination food and beverage, as well as other specialized concepts targeting niche markets of sufficient size in their trade areas.