Changes in restaurant foot traffic by state a possible indicator of changes in attendance for out-of-home entertainment and arts.

Sense360, a consumer behavioral research consultancy, has been conducting daily analyses on the impact of Covid-19 on consumer behavior. They hold weekly webinars on developments in the restaurant, CPG, and retail industries to help companies understand and adapt to the rapidly-changing landscape during the pandemic. You can sign up for their weekly Tuesday webinars by clicking here.

In their January 12th webinar, they reported the change in restaurant foot traffic in each state during the past six weeks compared to February 2020. The decreases varied from a low of minus 16% in South Dakota [rather surprising since SD has one of the highest per capita death rates in the country, but maybe this explains it], to high of minus 62% in Maryland. Several states in the Northeast are not far behind Maryland. Generally, the Southeast, Midwest, and Heartland are showing the relatively best foot traffic.

Restaurants are the most missed out-of-home leisure activity for most Americans. Recent surveys consistently show that people’s comfort visiting restaurants is 50% to 100% higher than to out-of-home entertainment venues. Keeping that adjustment in mind, restaurant foot traffic could be a reasonable indicator for the different states of current location-based entertainment and arts attendance compared to pre-pandemic levels.

Here’s the breakdown for restaurant foot traffic declines by state, from the smallest decrease in traffic to the highest decline. 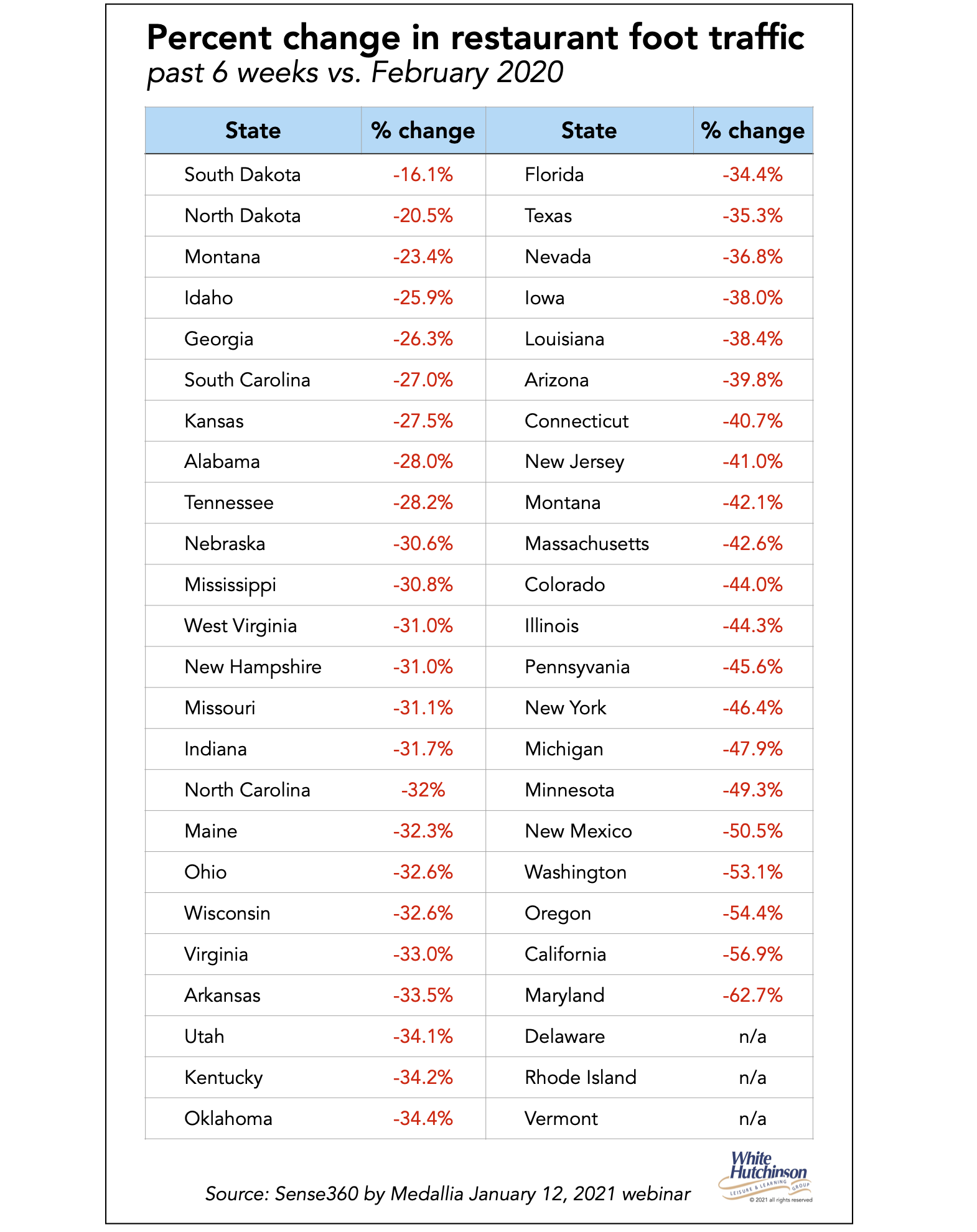 View all posts by Randy White →
This entry was posted in Coronavirus, Covid-19, pandemic, restaurant, Uncategorized. Bookmark the permalink.
Tweets by whitehutchinson