Where does pizza at FECs and Chuck E. Cheese’s fall in the four pizza groups?

Chuck E. Cheese’s new owners, Apollo Global Management, aim to grow sales by pleasing grown-ups’ palates. They want the place where a kid can be a kid also to be the place where mom can get a cappuccino and dad can chow down on an artisan-style like pizza.

The chain’s push toward an adult-pleasing menu, including new pizza, comes as the pizza industry nationwide is raising the bar.

For example, this last November, Pizza Hut, the nation’s largest pizza chain, announced the most expansive brand update in the company’s half-century history including menu additions that mirror items seen at artisan pizza shops and at the new fast-casual players.

“I think that there’s going to be three big winners when it’s all said and done,” said Ostrander, a frequent pizza contest judge and presenter at Pizza Expos. “No. 1 will be the very highest quality providers, (restaurateurs) that just make a fantastic pizza. No. 2 is going to be the lowest cost provider, and we all know who they are.

“The third ones are the fast-casual types. Some of it is above average to very good,” he added. “The rest are going to be slugging it out for the same customers.”

That means more competition in the middle of the pack, where many consumers now place Chuck E. Cheese’s and most FEC pizza.

“I eat pizza a lot,” Ostrander added. “I haven’t eaten their [CEC’s] pizza in a long time. I don’t think they’d win gold, silver or bronze in the competitions I’ve judged.”

Of course, Ostrander hasn’t tried CEC’s new pizza. We’ll have to give it some time to find out whether Chuck E. Cheese’s has successfully repositioned their pizza to a competitive positive.

Most family entertainment centers are as far behind pizza trends as CEC was until their new menu. The new fast-casual pizza chains that are rapidly expanding into every market are quickly raising consumers’ expectation levels for pizza. These chains are assembling fresh-made, fresh-dough (choices typically include regular, thin-crust, whole-wheat thin crust and gluten-free), customizable pizzas right in front of customers in the same style as Chipotle’s front line, often delivering the final product in five minutes. 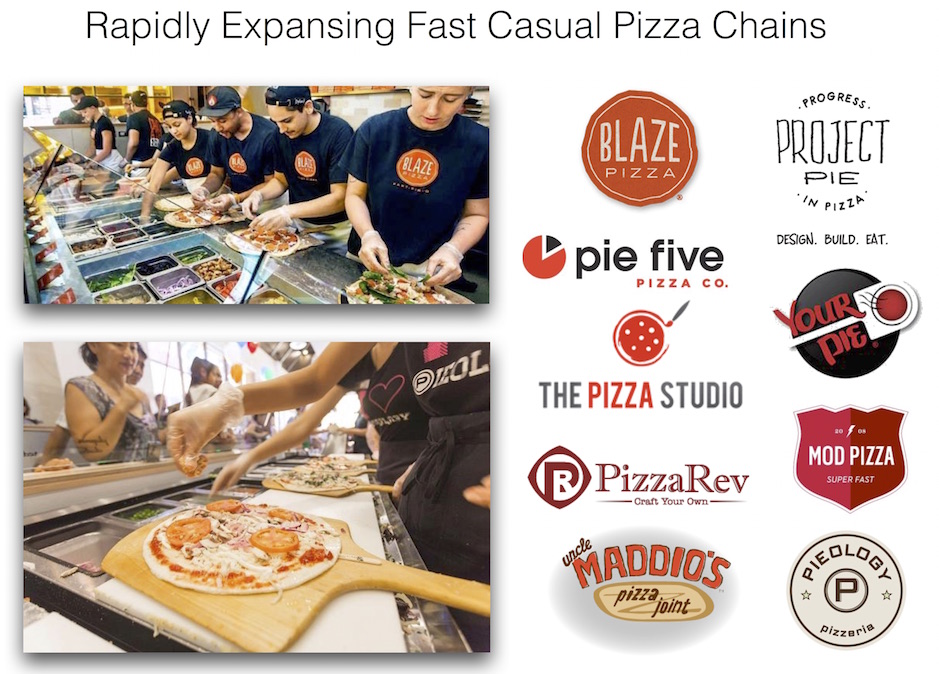 The preassembled frozen pizzas and par-baked pizza crust pizzas that many FECs continue to offer have now fallen to the bottom of the barrel in terms of quality in the minds most consumers. In fact, many of the frozen pizzas you can now buy in the supermarket are better. Consumers today also now expect pizzas to be prepared in plain sight, often in stone-hearth ovens for the gourmet pizzas, not behind closed kitchen doors (CEC is still behind the eight ball on this).

Most FECs need to wake up and get with it, or they will see drastic revenue declines no different than Chuck E. Cheese’s has seen over the years due to their behind the times, non-adult appealing pizza. In today’s out-of-home entertainment market, the food and beverage has become as important of an anchor attraction as the entertainment. Offering subpar food, including pizza, based on new contemporary expectations is now a detriment to success.