Comfort going out continues to increase, but beware of the un-masked un-vaccinated 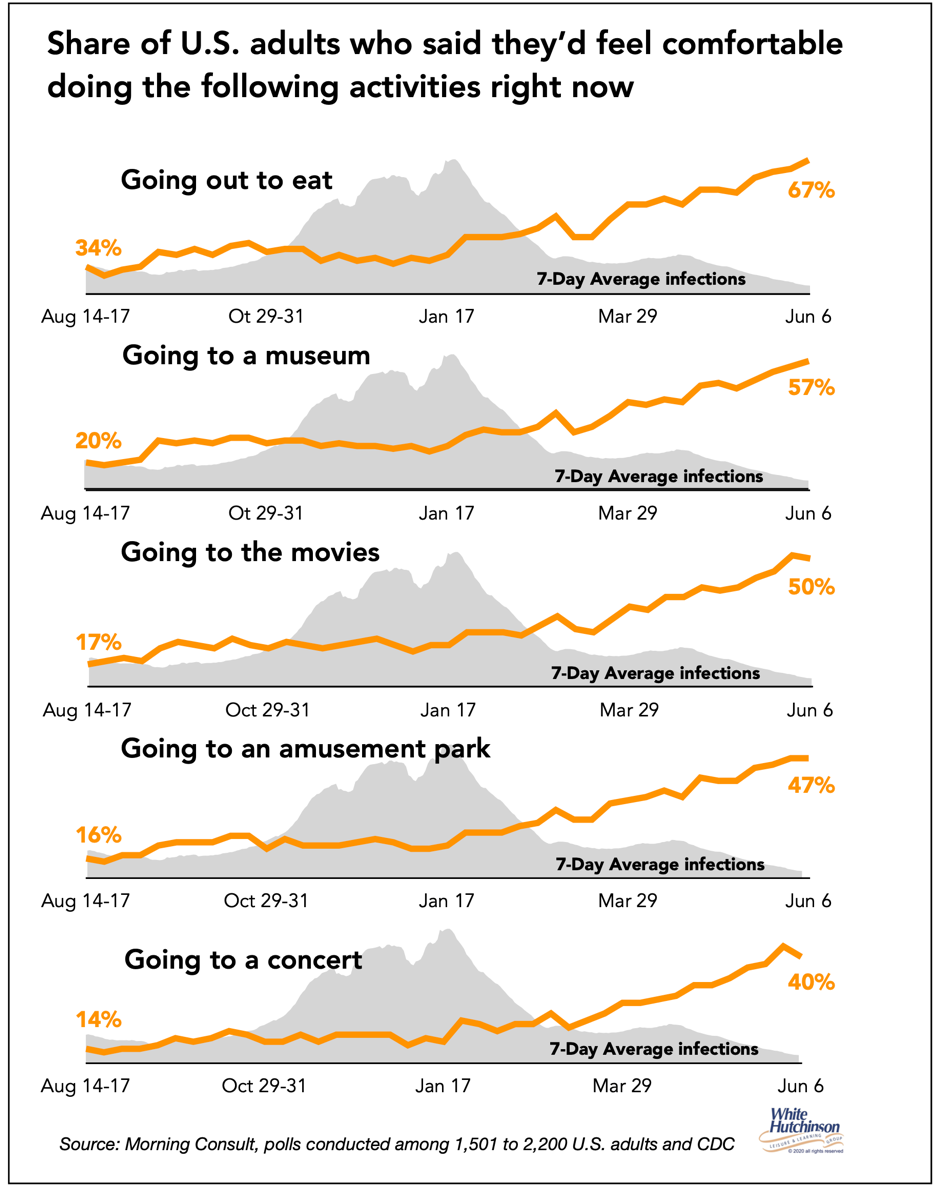 For the first time, we see a consistency of comfort levels by generation. Here’s how they’ve merged for millennials and boomers going out to eat in a restaurant.

Since the CDC changed its guidance on mask-wearing in May, a significant number of people going out are not vaccinated and not wearing face masks, but they should be.

Roughly 20% of Americans say they won’t get vaccinated. The percentage varies with parts of the country, with Republican-learning states and rural areas showing significantly higher refusal. The refusal rate is 40% among Republicans and 30% in rural areas. The Washington Post reports the rate of Covid-19 infections among the unvaccinated is 73% higher than the national rate. In several states the rate of infection among the unvaccinated is as high as it was during the winter surge. The national unvaccinated national death rate is roughly the same as it was two months ago, and the hospitalization rate is as high as it was three months ago. 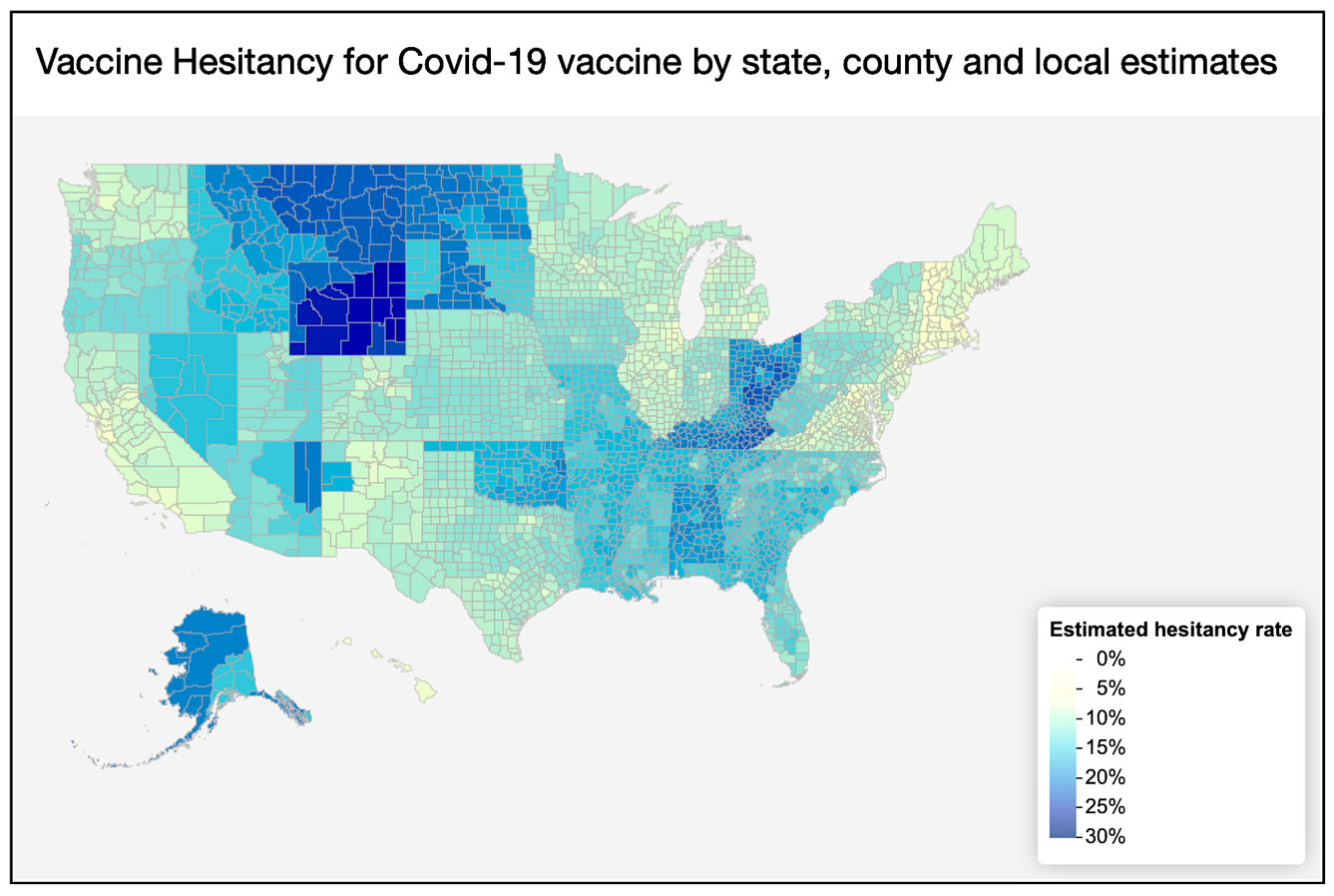 “They think it’s safe to take off the mask. It’s not,” said Lynn Goldman, dean of the Milken Institute School of Public Health at George Washington University. “It looks like fewer numbers, looks like it’s getting better, but it’s not necessarily better for those who aren’t vaccinated.”

With the current challenges of hiring and retaining staff, with many restaurants and entertainment and arts venues unable to get fully staffed, this has implications.

Restaurants and entertainment, and arts venues should require all their staff to wear masks to protect them from all the unvaccinated non-mask wearer. Even if a staff member is vaccinated, they are only 91% protected from infection with the mRNA vaccines and 74% with the Johnson & Johnson vaccine. With staff shortages, the last thing businesses need to have is a staff member getting sick. Also, many people will feel more comfortable visiting a business where all staff is wearing masks. As of June 4th, IMPACTS Experience found that 62% of potential visitors planning to visit cultural venues in the next 90 days preferred mask requirements. Being as attractive as possible to customers is just good business.

View all posts by Randy White →
This entry was posted in Coronavirus, Covid-19, masks, museum, pandemic, Uncategorized. Bookmark the permalink.
Tweets by whitehutchinson