Despite the record high in coronavirus infections the country is currently experiencing (shown by the gray in the graphs below), Millennials have reached an all-time high since the beginning of the pandemic in their reported comfort level for attending museums, the cinema, amusements parks, and concerts right now. Millennials’ comfort levels are far higher than for all adults, whose comfort shares have basically remained stable or slightly declined over the past two months. It appears that Millennials are becoming less worried about catching Covid-19 even though the risk of catching it in public places has increased. 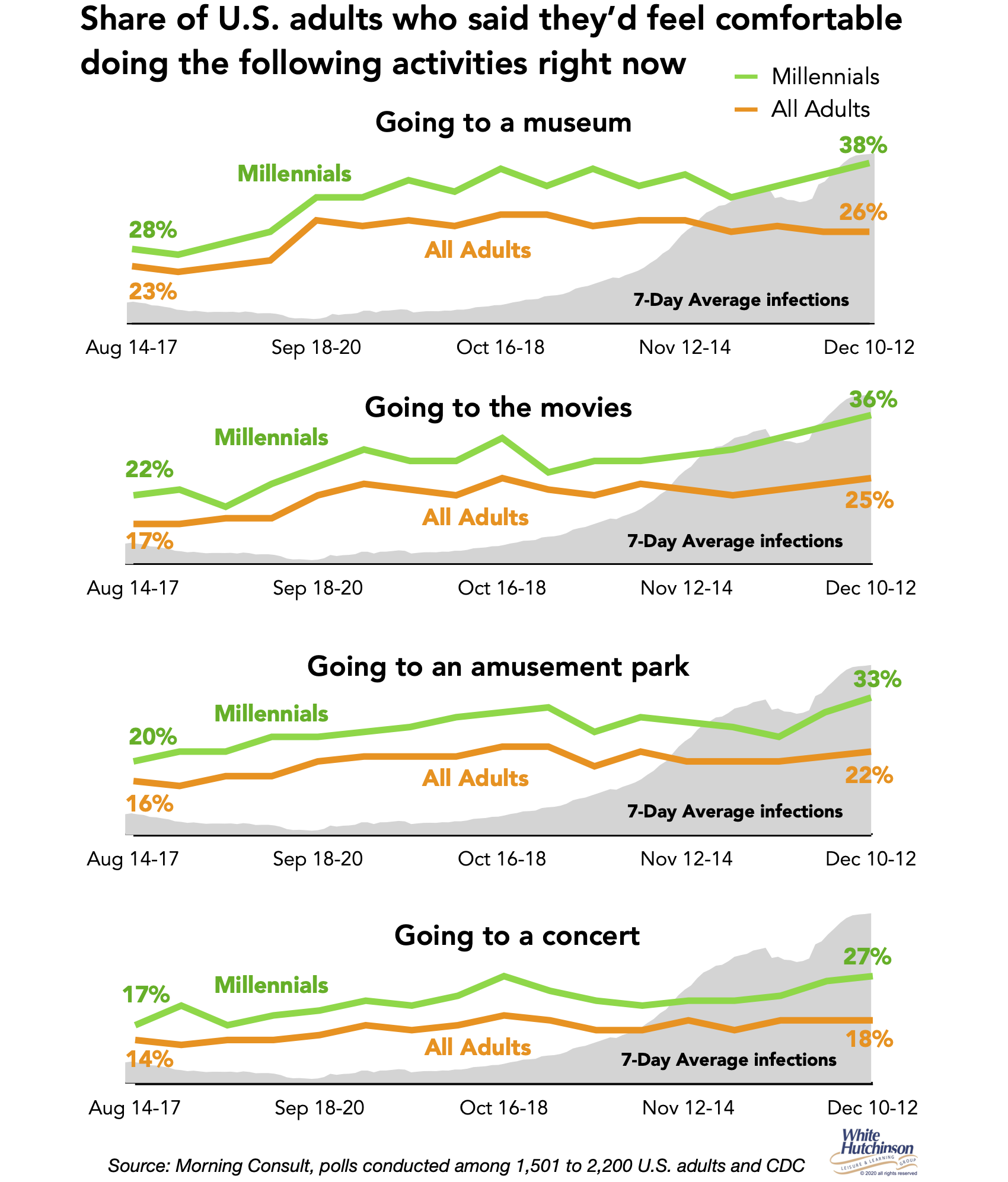 View all posts by Randy White →
This entry was posted in Coronavirus, Covid-19, Location based entertainment, movies, museum, pandemic. Bookmark the permalink.
Tweets by whitehutchinson