Nascent new technology will be a game changer

Virtual reality isn’t just an exciting new technology. It’s a new type of media and a game changer that has high potential to change the way we live, especially our leisure lives.

Imagine sitting home in your comfy lounge chair sipping a cold one while you are transported to Progressive Field to watch the Chicago Cubs recent World Series win just like you are sitting there instead of watching the action on your TV. Or how about being immersed in watching the US Open, or an NFL or NBA game or how about attending a Live Nation music concert just like you were there. Well, that is not something in the future. It’s already here. NextVR makes it possible to attend any of these events from home in 360-degree virtual reality (also called stereoscopic 3D VR), just like you are there. And they’re not the only company
streaming live VR sports and entertainment events to our living rooms. Sportsnet 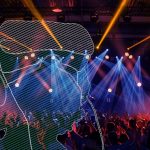 will offer 360-degree virtual reality of NHL games. And coming soon will be eSports. Next year you’ll probably be able to watch the entire Super Bowl in 3D virtual reality.

This is just the beginning of all the new live steaming VR at-home sports and music experiences that will be available to enjoy from our personal immersive caves.

Right now the VR headsets are still big, bulky, heavy and basically uncomfortable. The maximum time that most people will wear them with great content is around 35 minutes. But that is quickly changing. In the near future headsets will be very light and comfortable, the equivalent of wearing a pair of glasses, enough to wear for an entire event. VR glasses will be coming out this year that only weight about 5 ounces. With that and reasonable VR glass prices, 360 VR can really go mainstream.

So there is no doubt livestreaming 360 VR will disrupt the sports and live music and entertainment industries. All the more reason to stay home rather than attend.

So why am I writing about the sports and live entertainment industries when our company predominately works with out-of-home community leisure venue (CLV) clients, which includes family entertainment centers (FECs) and entertainment venues that include bowling, laser tag and other interactive games? It’s real simple. If you had owned a CLV around two decades ago, in terms of competition, you only worried that someone wouldn’t open a new center down the street. Your competition was limited to bricks-and-mortar locations.

That has all changed today. Today, if you own a CLV, your competition is just about everything else people can do with their leisure time, and that includes just staying home with all the digital technology options available today. The CLV industry is undergoing disruption no different than retail stores are with ecommerce and the movie industry is with live streaming Netflix onto the living room HDTV. Unfortunately, no different than the retail industry just a few years ago, most CLV owners haven’t recognized the growing disruption from digital at-home entertainment. With 360 VR it is going to get a lot worse and those that don’t respond will lose market share, no different than the noticeable loss of market share Amazon and ecommerce is now having on retailers.

So you don’t think livestreaming VR sports and music events is competition to CLVs? Here’s why it is. People have a choice to go out or just stay home. Going out takes far more time, effort and money than staying home. You have to travel to some venue, which takes time and has cost. Stay home and all that time is saved. Maybe you don’t now go to live music events due to the time it takes and cost. With livestreaming VR you will be able to immersively enjoy them in your living room. So do you stay home and enjoy the music concert in 360 VR or do you go out to some CLV? Many people will take the path of least resistance.

360 VR is what I call the digitalization of place. The digital world brings the place into your home. Yes, it’s still only visual and aural immersion, not total physical immersion, what is called total presence like on Star Trek’s Holodeck. But it is a whole new superior experience compared to the 2D viewing options we have been previously limited to.

If you follow my blogs and our company’s Leisure eNewsletters, you’ve read that consumers make leisure choices in terms of the trade-off between Fidelity, the quality of physical out-of-home experiences, and Convenience, the ease of access in time, effort and money the digital world offers. The more Convenient digital leisure options become, the higher the Fidelity of an out-of-home experience has to become to compete and attract people.

What livestreaming, or even non-live 360 VR is doing, is adding an improved fidelity component to Convenience, dramatically raising the bar that a CLV experience will have to achieve to get people away from their VR glasses and out of their homes. We previously said you had to be High Fidelity to get them out of their homes. With the mainstreaming of 360 VR, CLVs will now need to become ULTRA High Fidelity to compete with at-home VR experiences that will become mainstream in the very near future.