If households with a member with an Associate’s college degree are included, all college graduate households, 49% of all households, account for 67% of all community-based and 69% of all trip entertainment spending. 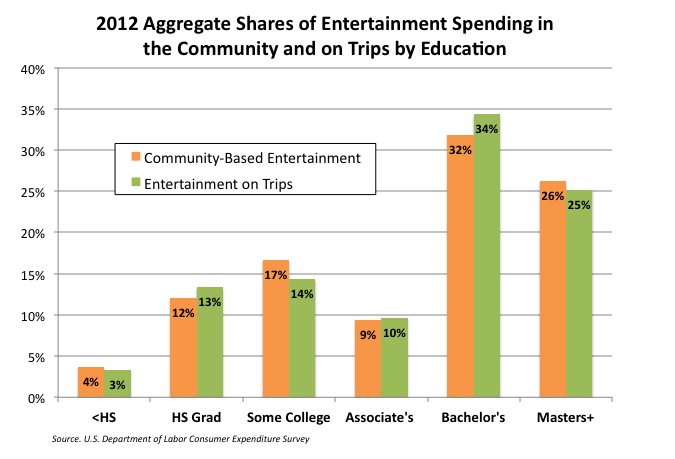 A significant factor contributing to this disproportional entertainment spending based on education is, of course, income—the higher the education level, typically the higher the income.