Composition of households has changed over time 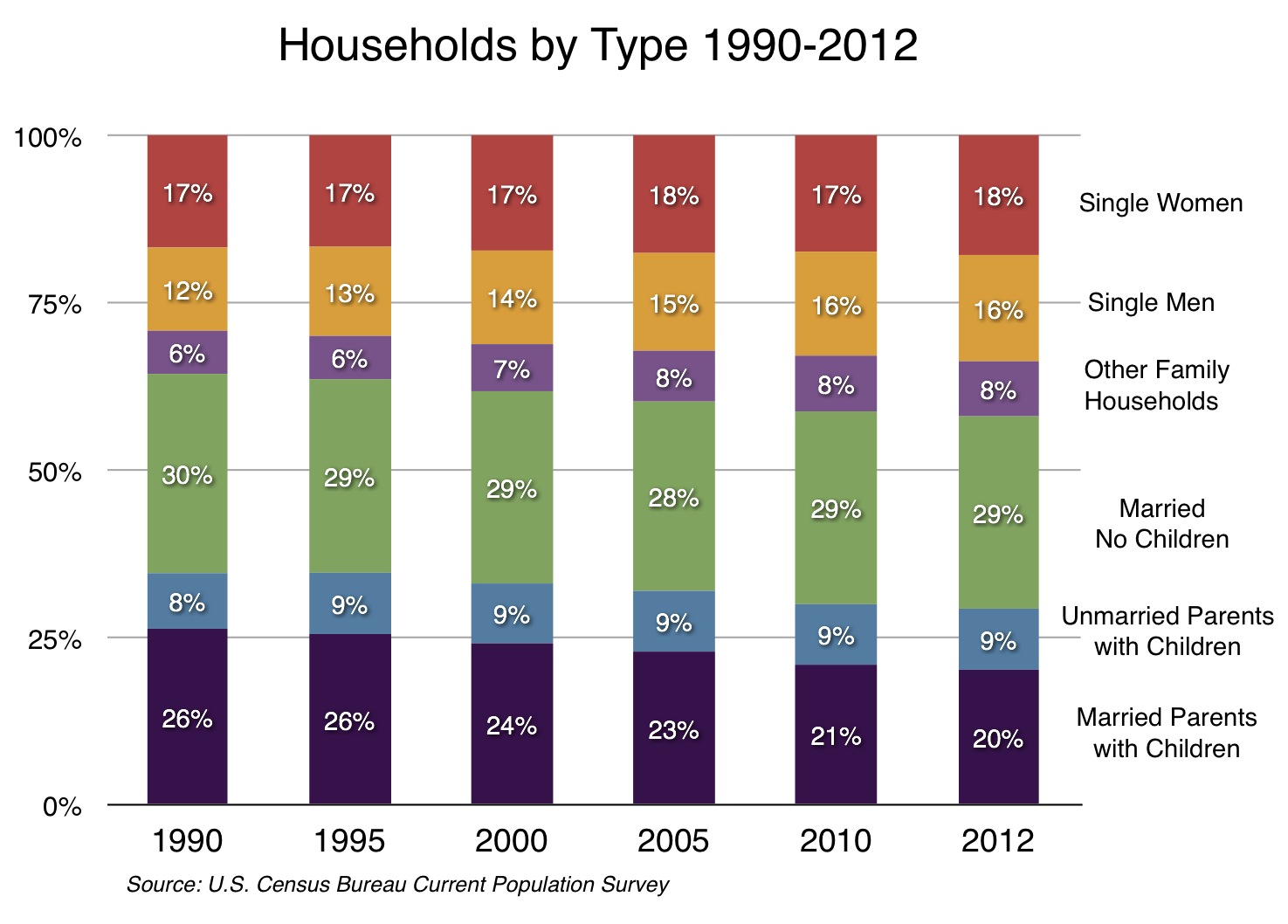 Randy White is CEO and co-founder of the White Hutchinson Leisure & Learning Group. The 30-year-old company, with offices in Kansas City, Missouri , has worked for over 550 clients in 36 countries in North and Latin America, Africa, Asia, Europe and the Middle East. Projects the company has produced have won seventeen 1st place awards. Randy is considered to be one of the world’s foremost authorities on feasibility, brand development, design and production of experience destinations including entertainment, eatertainment, edutainment, agritainment, play and leisure facilities. Randy was featured on the Food Network’s Unwrapped television show as an eatertainment expert, quoted as an entertainment/edutainment center expert in the Wall Street Journal, USA Today, New York Times and Time magazine and received recognition for family-friendly designs by Pizza Today magazine. One of the company’s projects was featured as an example of an edutainment project in the book The Experience Economy. Numerous national newspapers have interviewed him as an expert on shopping center and mall entertainment and retail-tainment. Randy is a graduate of New York University. Prior to repositioning the company in 1989 to work exclusively in the leisure and learning industry, White Hutchinson was active in the retail/commercial real estate industry as a real estate consultancy specializing in workouts/turnarounds of commercial projects. In the late 1960s to early 1980s, Randy managed a diversified real estate development company that developed, owned and managed over 2.0 million square feet of shopping centers and mixed-use projects and 2,000 acres of residential subdivisions. Randy has held the designations of CSM (Certified Shopping Center Manager) and Certified Retail Property Executive (CRX) from the International Council of Shopping Centers (ICSC). He has authored over 100 articles that have been published in leading entertainment/leisure and early childhood education industry magazines and journals and has been a featured speaker at conventions of over 20 different leisure trade groups. Randy is the editor of his company's Leisure eNewsletter, has a blog and posts on Twitter - https://twitter.com/whitehutchinson
View all posts by Randy White →
This entry was posted in Demographics and tagged Household Composition. Bookmark the permalink.
Tweets by @whitehutchinson