Back in June, an article in our Leisure eNewsletter analyzed Chuck E. Cheese’s performance over the past 10 years. It was not a pretty picture, especially when it came to their annual comparable same store sales, which have shown a constant decline since 2005.

Results are in for their first two quarters of 2013 and finally there is a positive trend. Perhaps CEC Entertainment, the parent company, has finally turned the corner with the menu, mascot, marketing and other changes they have made at their stores. 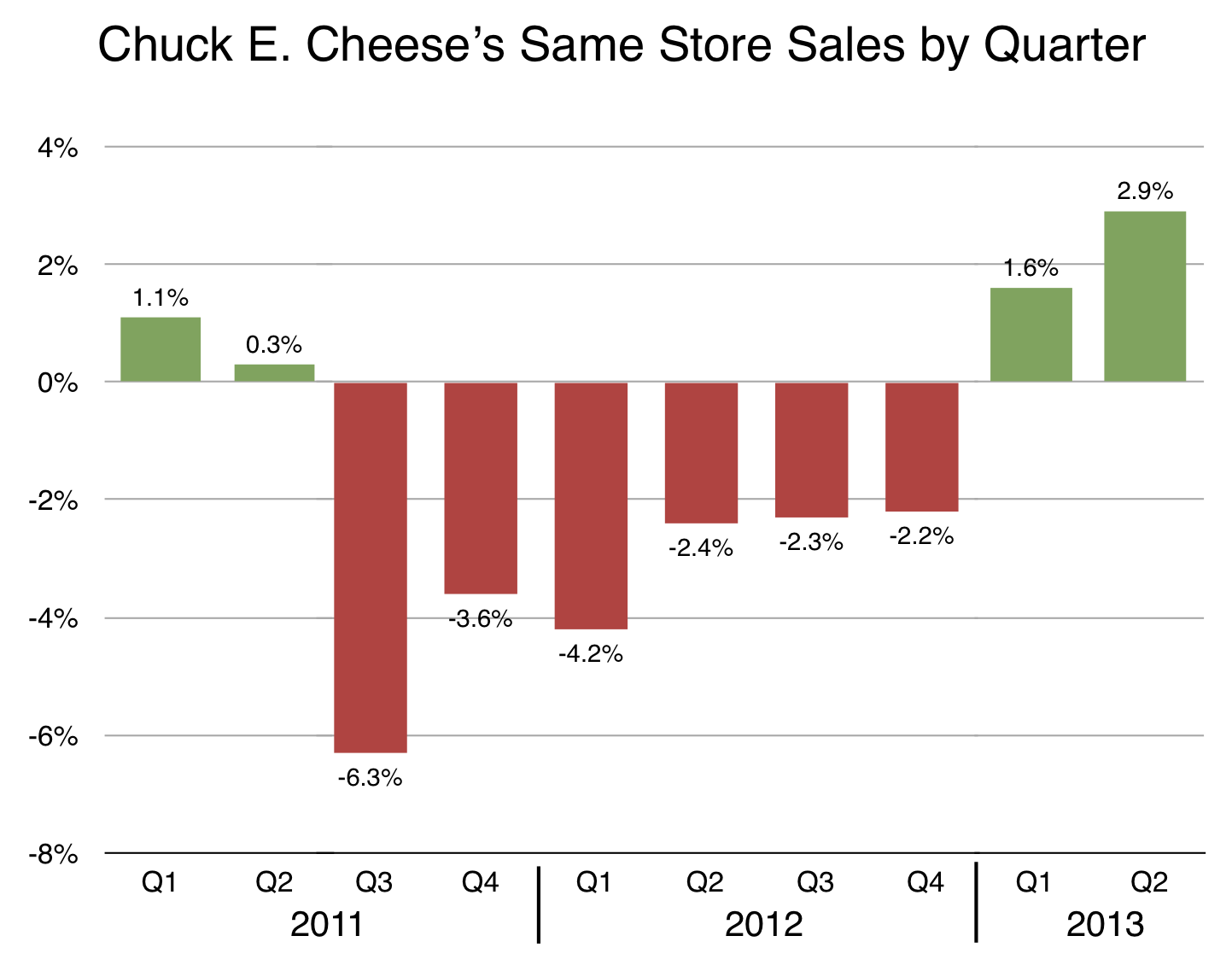