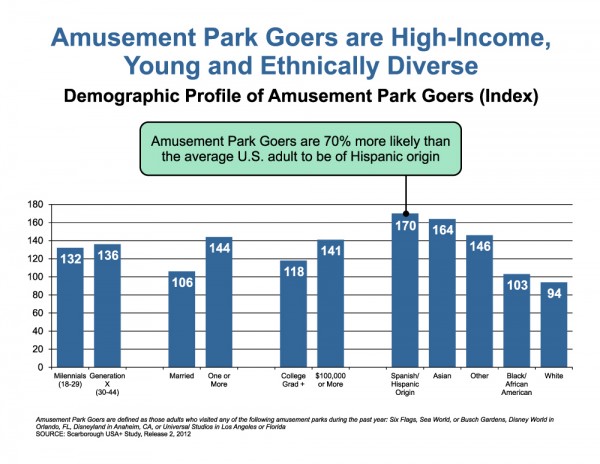 You can read the more detailed survey summary on Scarborough’s website.

*Amusement Park Goers were defined as those adults who visited any of the following amusement parks during the past year: Six Flags, Sea World, or Busch Gardens, Disney World in Orlando, FL, Disneyland in Anaheim, CA, or Universal Studios in Los Angeles or Florida.