In 2017, average household expenditures at community-based restaurants were at an all-time high since the turn of the Century when adjusted for inflation. 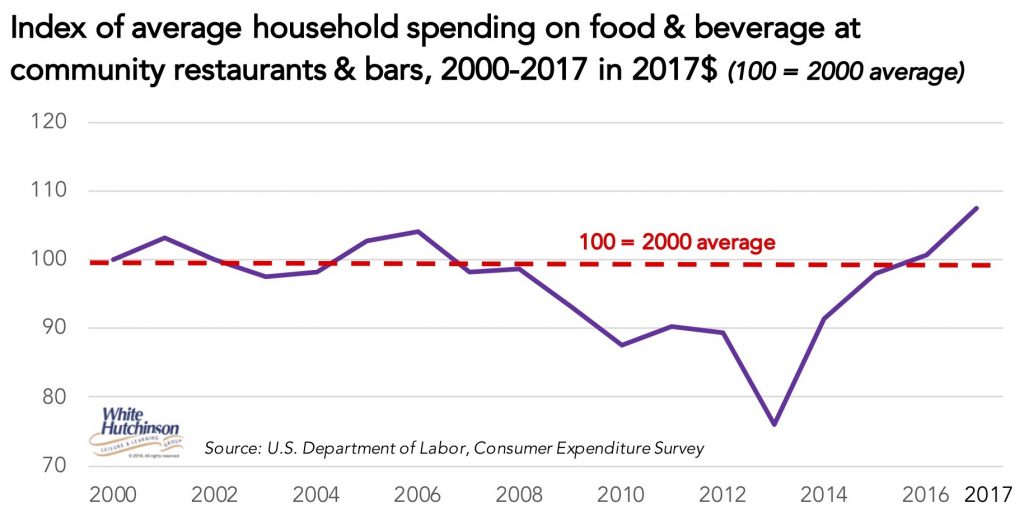 For the first time since 2013, average household expenditures at community-based entertainment grew higher than spending in 2000. 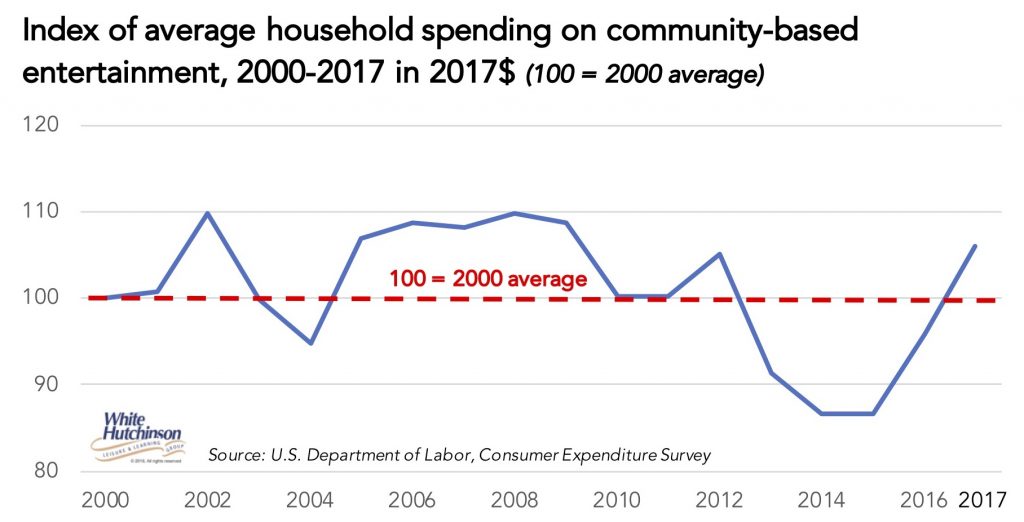 However, spending changes were not equal across all sociodemographic and age cohort groups. Our October Leisure eNewsletter will have more in-depth analysis. If you haven’t subscribed to the eNewsletter, you can by clicking here.