A just released study by The University of Michigan Transportation Research Institute shows that there has been a continuous decrease in the number of people with a driver’s license across all age groups over the past three decades. 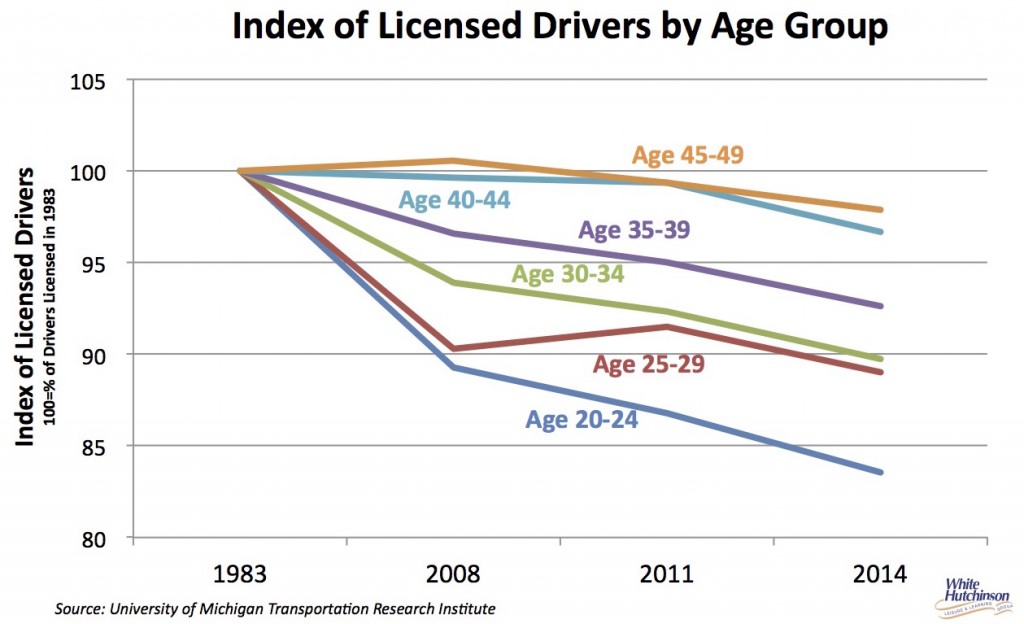 This 20-34 age group, basically what are called Millennials, is a prime target market for many types of location-based leisure and entertainment venues. This trend of declining licensed drivers has implications for location-based businesses. Fewer people driving means fewer people with easy access to visiting location-based business. Of course, in some situations this may be offset by improvements in public transportation and now by the ride sharing services.

A more important implication is that the decline in licensed drivers is a result of where people chose to live, especially the younger adults, so it is affecting where many LBEs need to be located to capture that market. Our Leisure eNewsletter that will be emailed out next Monday includes an article that discusses research findings on the migration of young adults to new living locations due to their desire to reduce their commuting time and gain more leisure time. Make sure to check it out.