35 Million Households Visited an Agritainment Farm this Summer and Fall

Members of over 35 million households (29%) with more than one-third of the U.S. population visited and paid for an activity at an agritainment farm over the summer and fall this year. This is the finding from the first national agritainment survey conducted by the White Hutchinson Leisure & Learning Group consultancy firm. 2,004 people were surveyed about their agritainment farm visits and activities that took place between July 1 and mid-November. Activities they were asked about were multi-activity Fall/Halloween attractions, corn mazes, u-pick pumpkins, u-pick apples and other fruits, haunted attractions and hayrides.

Participation was highest in the Northeast where 38% of households attended an agritainment farm activity and lowest in the South with one-quarter attending. 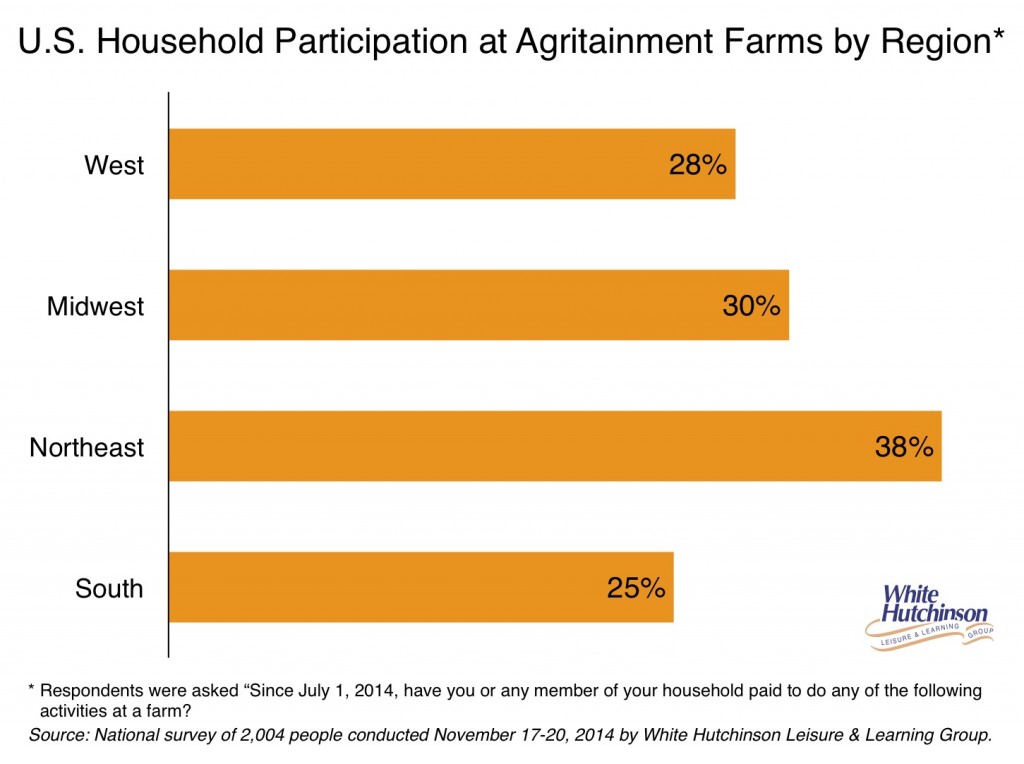 In the South, Midwest and West regions of the country, more people attended a multi-activity Fall/Halloween attraction than any other type activity, with the Midwest having the highest participation rate. However, in the Northeast, u-pick apples, cherries and other fruits was the most popular, followed by Fall/Halloween attractions, almost tied with corn mazes as third in popularity. In both the Midwest and South, u-pick pumpkin patches were the second most popular activity followed by corn mazes in third place. In the West corn mazes are the 2nd most popular activity followed by u-pick pumpkin patches.

In our company’s twenty years of working in the agritainment industry, we knew farms were growing in the crowds they attracted, but we never realized how high the household participation rate had become. For entertainment-type destinations, these are incredible market penetration rates. It’s second only to movie theaters and higher than participation at theme parks. Agritainment truly owns the Fall, and especially October.