As part of our company’s continuing analysis on how Americans spend their leisure time, we produced this infographic. If you missed it, check out our recent article The rise of leisure time inequality. 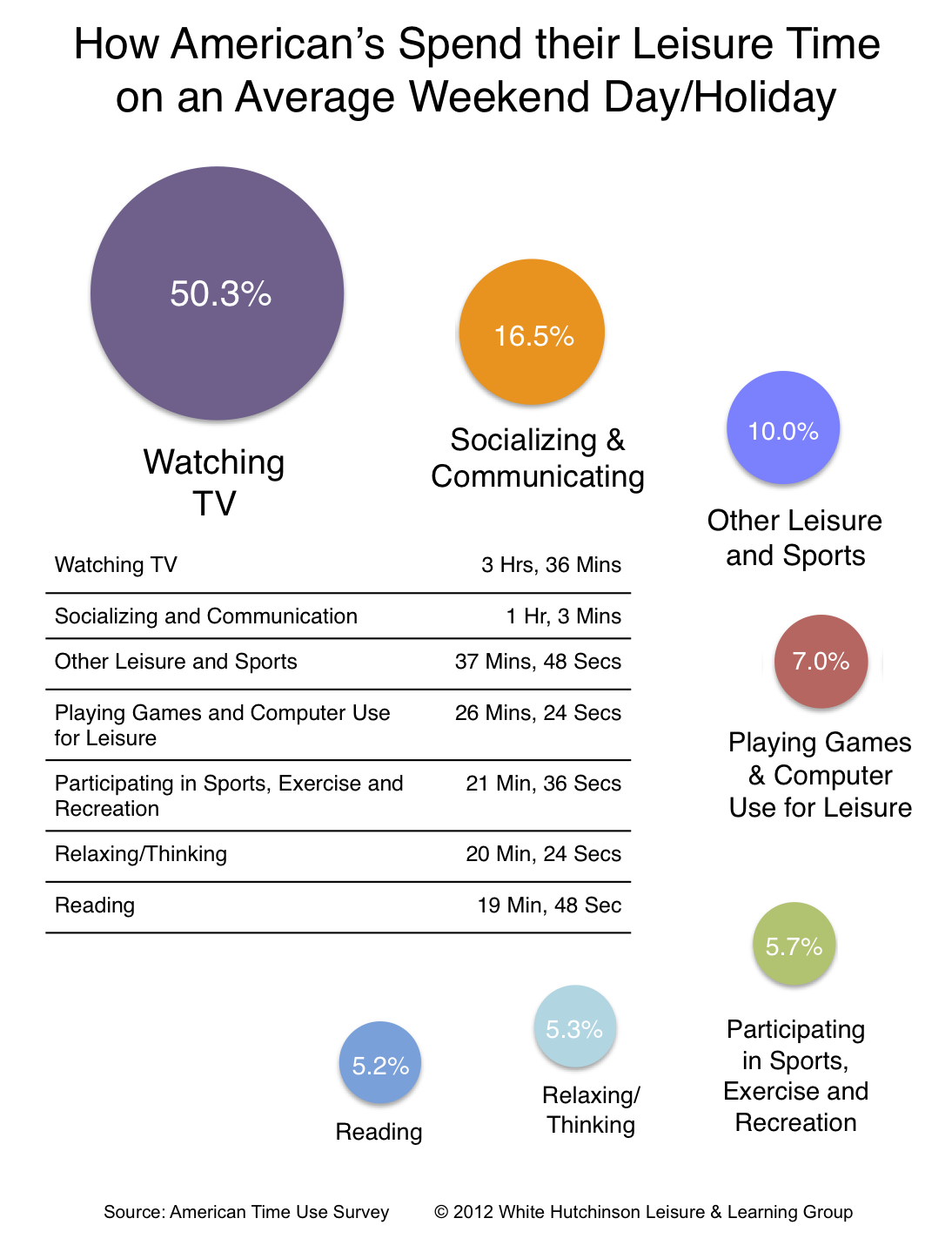 View all posts by Randy White →
This entry was posted in Leisure time and tagged Americans, holiday, leisure, time, weekend. Bookmark the permalink.
Tweets by whitehutchinson