In our company’s July Leisure eNewsletter, our article Bowling trends; the bad and good news examined the declining participation in bowling since pre-recession 2007.

I decided to take a look at the 10-year trend for children and youth bowling versus adult bowling to see what that looked like. So I examined bowling changes to participation between 2001 and 2011 for ages 7-11, for ages 12-17 and for adults who had bowled more than once during those years. It ends up adult participation has declined far more than for youth. Both youth age groups currently have more than twice the bowling participation rate of adults. So despite the attractiveness of virtual games, social media and the internet to our youth, they still enjoy having the real world experience with their friends and family of rolling a ball to knock down bowling pins. 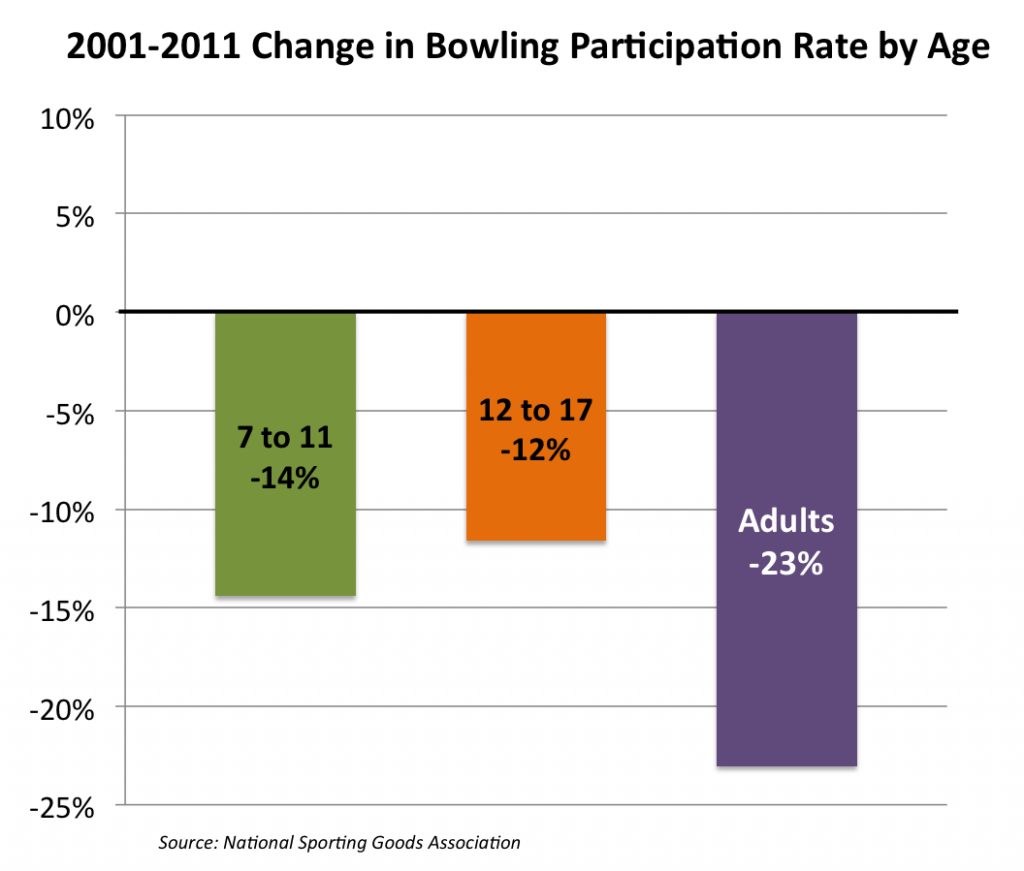 View all posts by Randy White →
This entry was posted in Bowling, children's entertainment, feasibility, sports. Bookmark the permalink.
Tweets by whitehutchinson