An industry colleague, Bob Cooney, currently stranded in Australia due to the coronavirus, has put together a fantastic virtual event for the location-based entertainment industry – ShowUp. It’s shaping up to be a very different conference as more than half the speakers have never presented at an amusement industry conference before. Too often the LBE industry gets stuck in its silo, when to stay relevant to the modern consumer, it needs to understand what is happening and changing in the entire consumer leisure world. The conference covers three days and features more than 40 sessions and at least four new product launches. And it’s pay what you want pricing.

“Saying this has been a difficult year for our industry is the understatement of the century,” commented Bob Cooney, “We’ve had plenty of discussion on how to survive the pandemic. Now it’s time to talk about what’s coming in the future. There’s so much to be excited about.

“The collision of rapidly changing consumer trends and accelerating adoption of emerging technology is creating massive disruption and opportunity for location-based entertainment. I want to educate the amusement operator community so they can prepare for the near future. One only needs to look at the movie theater business to see a stark example of what happens when operators don’t stay ahead of consumer and tech trends.”

I’ll be participating in two different panel sessions and giving a keynote, “Nothing is Normal – The Post Pandemic Location-Based Entertainment Consumer.” 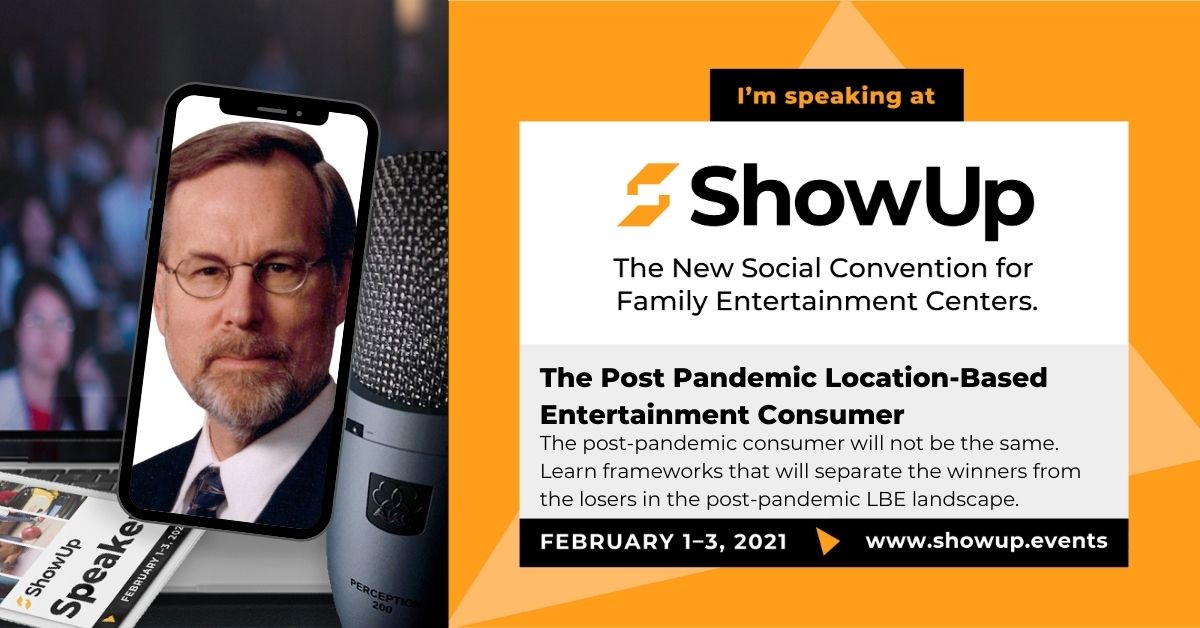 Check it out now and get it on your calendar