The U.S. Commerce Department has reported that spending on travel and tourism during the 1st quarter of 2014 decreased at an annual rate of 1.0%. However, spending on recreation and entertainment turned down dramatically, decreasing 11.2%, and spending on food services and drinking places decreased 3.5%. All other travel related spending categories actually turned up during the quarter.

This all took place during a time of rising consumer confidence in the economy.

It’s hard to find an explanation for the the steep decline in spending on recreation and entertainment, as people were still traveling, in fact more so, based on all the other travel spending categories with the exception of dining and drinking.

Could it be that entertainment and recreation is taking a declining priority on how people spend their discretionary incomes when traveling. Our company’s research has found a definite long-term staycation trend when it comes to entertainment spending on trips. This could well just be a continuation of that trend. 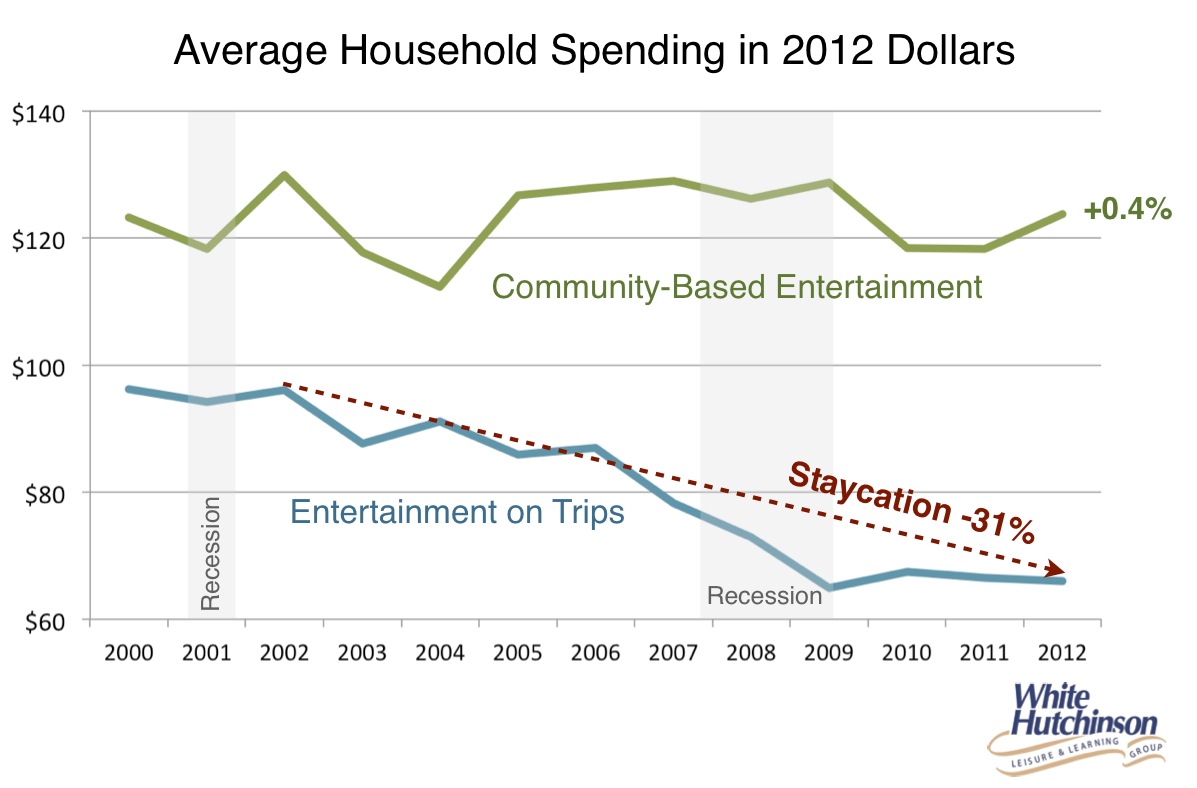