American households increased their average spending for fees and admissions at location-based entertainment venues in 2012 by 3% compared to 2011 (inflation-adjusted). 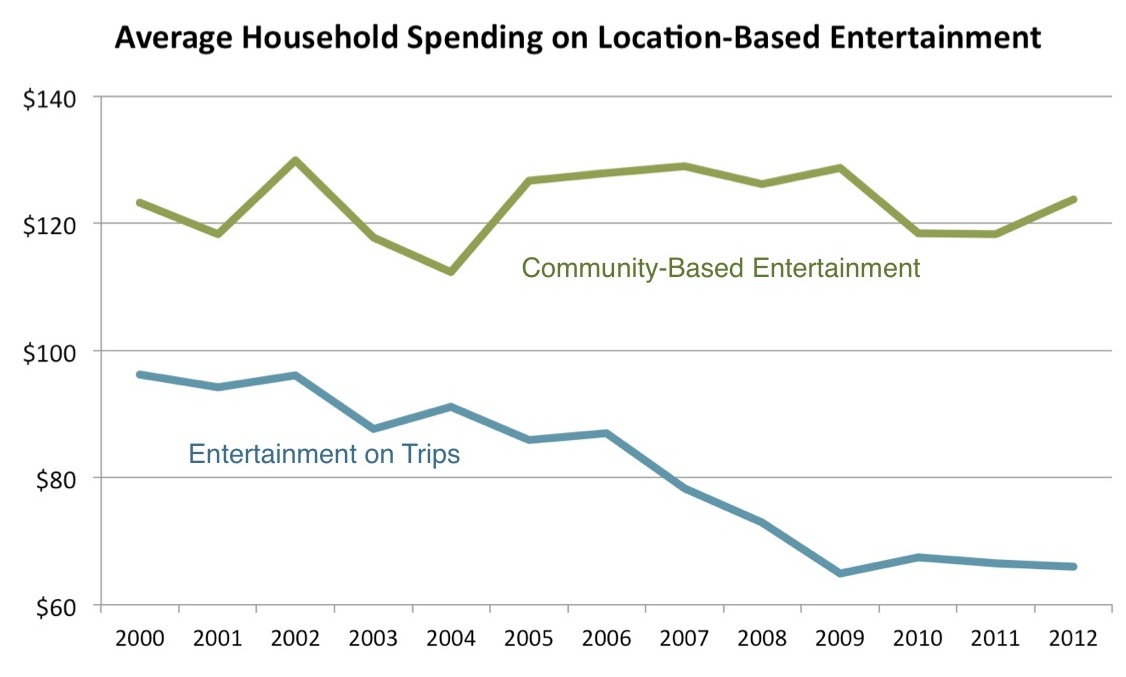 The increase in spending on community-based entertainment is partially attributable to an increased percentage of households attending those venues. All but the poorest income households saw an increased participation rate in 2012. 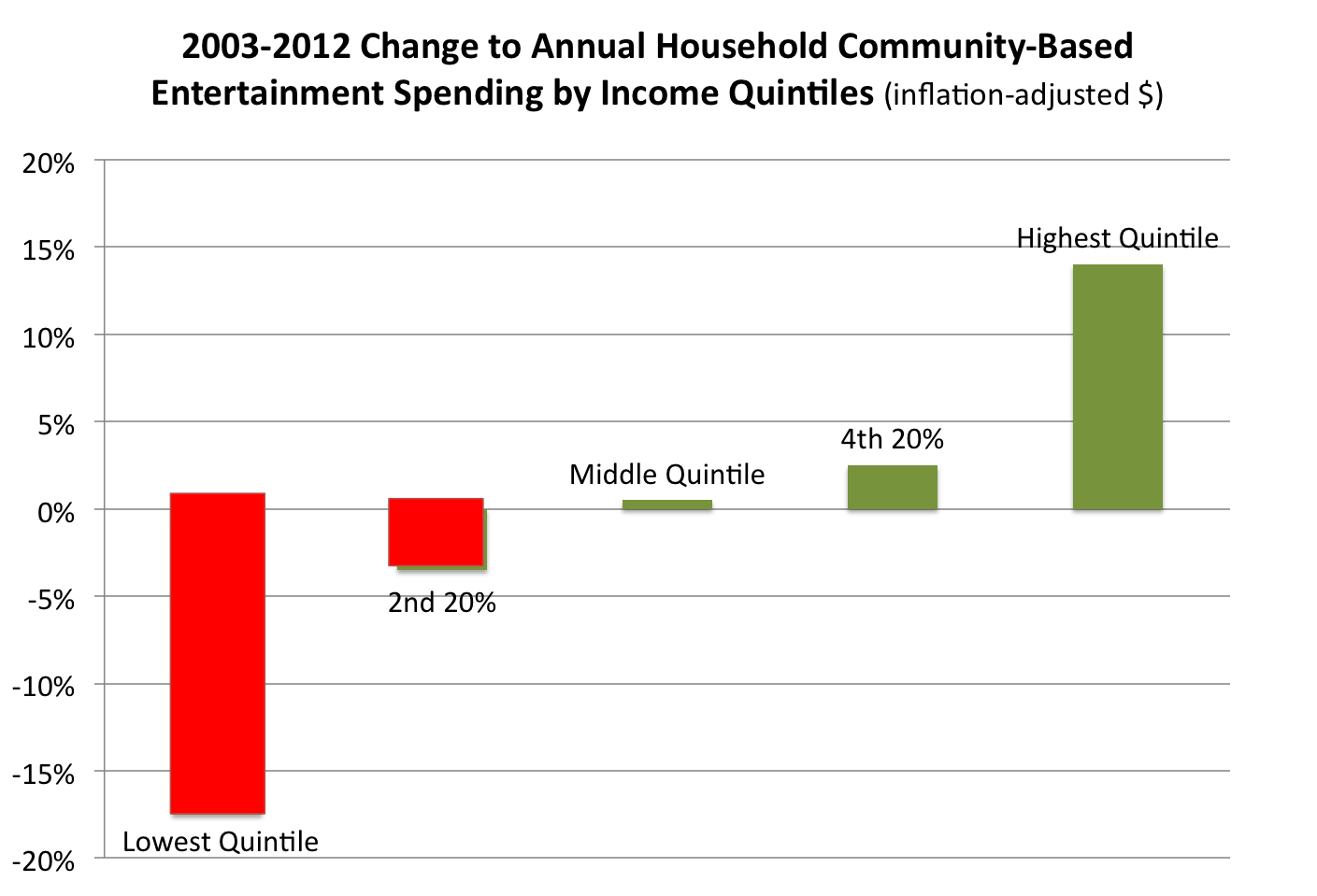 These continuing long-term trends have serious implications for location-based entertainment, including family entertainment centers as well as larger venues such as theme parks, in terms of whom they target as their primary markets and how they design and operate for those markets.

Our October 2012 Leisure eNewsletter will have in-depth coverage of this changing landscape of location-based entertainment household spending and participation.

View all posts by Randy White →
This entry was posted in Location based entertainment, Staycations, Target markets, Trends. Bookmark the permalink.
Tweets by whitehutchinson