Infographic on entertainment spending on trips

In my previous blog, I discussed the long-term trend of declining household spending on trips for entertainment, food and beverage and sporting events. This infographic illustrates the changes to trip entertainment spending by each quintile of household incomes and shows how the share of all such spending is shifting to the highest income households, a trend called social stratification. Overall, average household entertainment on trips have declined by 30% since the beginning of the Third Millennium. 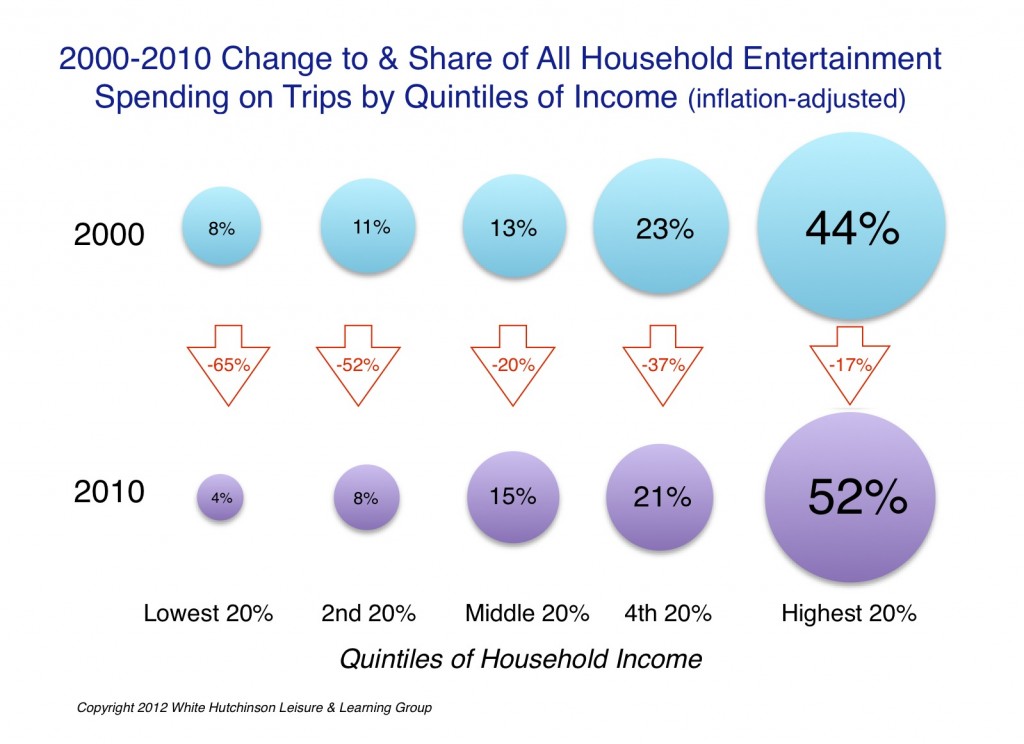 View all posts by Randy White →
This entry was posted in Location based entertainment, Trends and tagged entertainment, household, income, spending, trips. Bookmark the permalink.
Tweets by whitehutchinson